Town benefits from BAA contributions, donation of bibs for charity

The Boston Athletic Association, through the generous support of principal sponsor John Hancock, makes financial contributions each year to Hopkinton and all of the communities along the route of the Boston Marathon. According to Town Manager Norman Khumalo, funds from the BAA cover billed expenses by town departments and other jurisdictions. The remainder is deposited in the town’s Marathon Fund account.

Funds from the Marathon Fund account are allocated by the Marathon Fund Committee for student-athlete scholarships for Hopkinton High School seniors and to “fund grants to various needy community groups in support of recreation, athletics and community,” according to the town website. For this year, a total of six $1,500 scholarships will be awarded to graduating high school seniors who will be attending a two- or four-year college or university and have earned at least one high school varsity letter.

“The Police Department has the largest expenses,” Khumalo explained.

As for this year, selectmen at their March 19 meeting voted to accept donation gifts from the BAA, as per the marathon policy, to the town of Hopkinton and to the school department in the amounts of $124,500 and $25,000 respectively.

“The amount of dollars we are looking at, that’s just so appreciated,” Chair Claire Wright said.

Jack Fleming, chief operating officer of the BAA, was present for the vote. “We couldn’t do without the community and the leadership here, so we are ultra-thankful to you and we look forward to a fantastic next month,” he told the selectmen.

The additional funds donated to the schools are made available through an agreement between the BAA and the 26.2 Foundation. In 2006, the 26.2 Foundation, known then as the Hopkinton Athletic Association, signed an agreement with the BAA to fund the design and construction of new bleachers for the high school athletic field. More recently, a donation helped to fund the new cross country course behind the high school/middle school.

“The BAA doesn’t just send both the town and the schools a check each year to cover the logistical costs of the marathon,” said John Coutinho, the Board of Selectmen special marathon liaison. “The Board of Governors also donates 50 charity entries to the town to be distributed to local charities. With effective fundraising each entry can be worth between $5,000 and $10,000, making them valuable assets to the charity and our community.”

Added Coutinho: “Our alliance and cooperation is steeped in history. Beginning with the contributions of the George V. Brown family and the 26.2 Foundation, each subsequent interaction proves to me that the collaboration, goals and understanding between the BAA and the town grows stronger every year.” 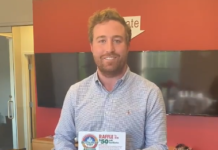 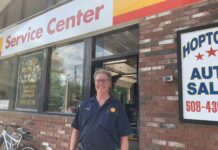 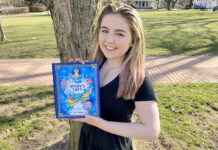 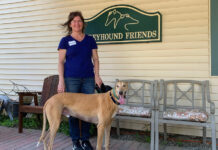 Greyhound Friends looks to bounce back 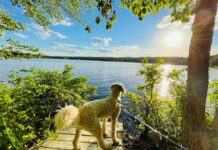