After escape, Harriet the heifer finds new home in Hopkinton 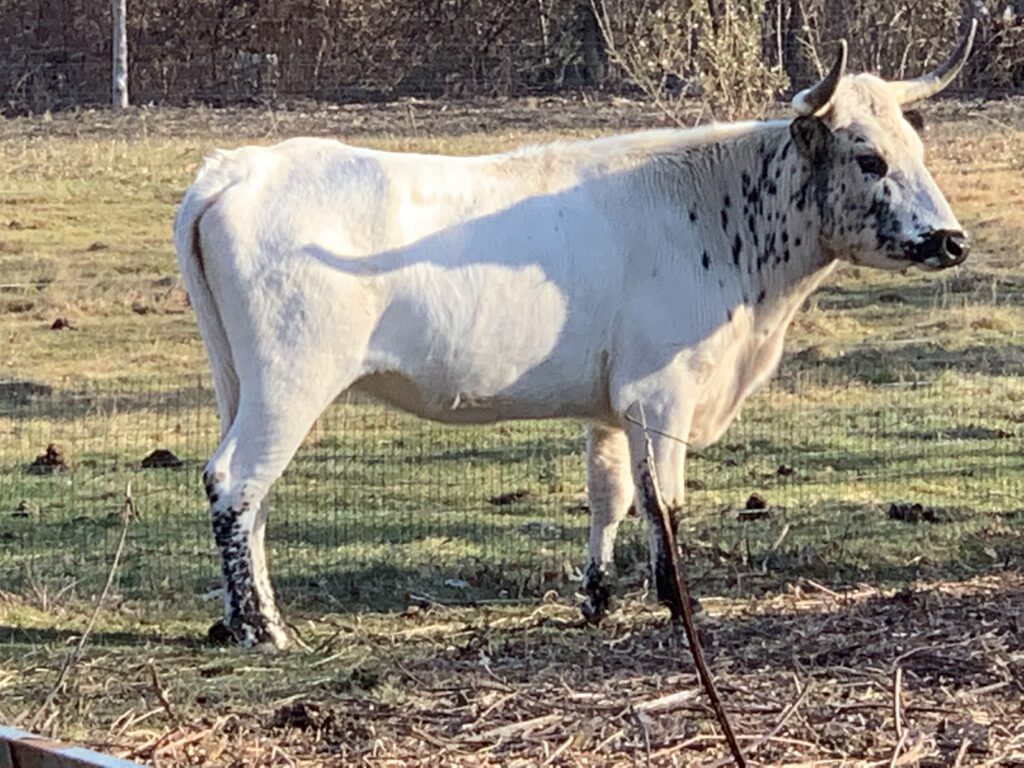 Harriet the heifer is enjoying her new home in a small farm off Ash Street. PHOTO/JERRY SPAR

It turns out that the farm animal that had been wandering free on Ash Street and previously referred to as a bull and a steer actually is a heifer — a young female cow. We now know this because, after a few months of sauntering into residents’ backyards and living in the woods, the heifer has been corralled.

Curt and Eve Varner, owners of a small farm off Ash Street, stepped up to adopt the cow when they saw the situation becoming dire.

“She would have died,” Curt Varner said.

They named her Harriet, and she spends her days grazing among sheep. The Varners own four other cows who live in an adjoining pen, and they are giving Harriet time to adjust before trying to have them all share space.

“She’s very skittish, which is understandable after what she’s been through,” explained Curt, who noted Harriet is about 300 pounds under her ideal weight of 1,000 pounds.

Harriet, who escaped when she was taken from another farm to the slaughterhouse down Ash Street, had been visiting the Varners’ farm during her time on the loose. Town officials struggled to come up with a way to capture her.

“We’ve been working on this since late summer,” said Bill Proctor, the town’s animal control officer. “We couldn’t get anywhere near it. Luckily, the cow stayed in the woods and didn’t really bother anybody.”

Eventually, the Varners stepped up to assist. They already had erected a second fence to keep Harriet away from their other cows, as there was some tension between them. So they opened their smaller pen and placed food inside it. One day when Harriet ventured inside, Eve snuck around and closed the pen.

“She found herself a new home with new friends,” Proctor said.