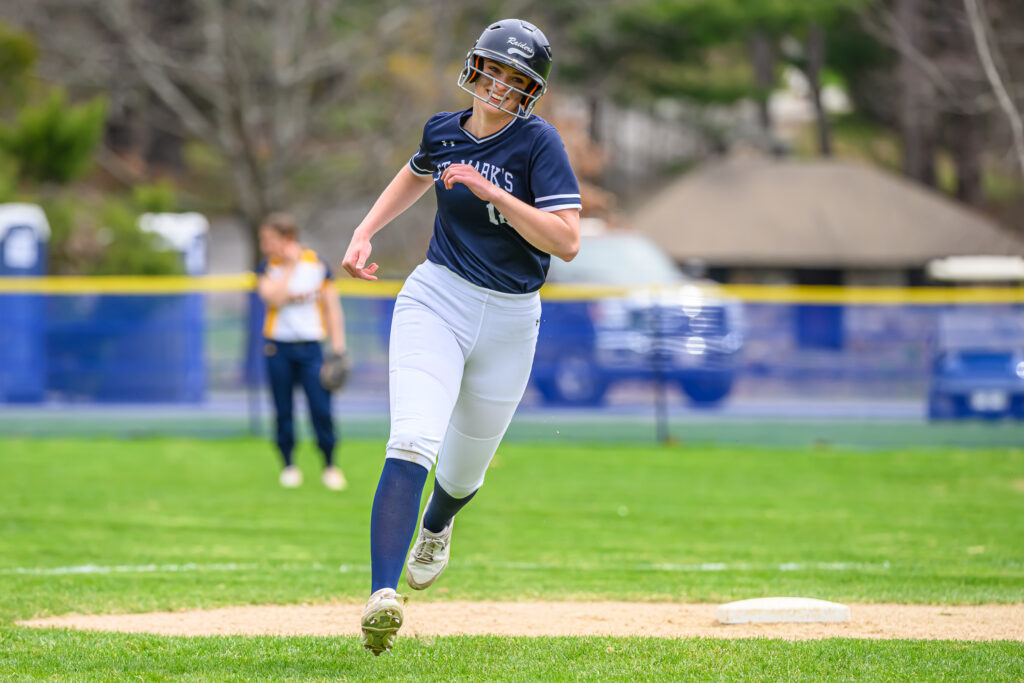 The first time Kaitlyn Breslin stepped on the campus at the University of Connecticut, she knew it was a place where she would want to continue her athletic career. It was the summer before her junior season, and the Hopkinton resident attended a softball camp at the school in Storrs, Connecticut.

“I just fell in love with it,” Breslin recalled. “The coaches and the culture the team has are just so amazing and the facilities are gorgeous.”

Now a senior at St. Mark’s School in Southborough, Breslin’s enthusiasm for the college was only heightened after the start of the official recruiting period in September 2021. UConn was one of several schools that reached out to her.

“I was definitely still looking at other schools after that camp,” she said. “But throughout the conversations I had over the phone and on Zoom with not only the UConn coaches but also the current players and their academic advisor, I had the feeling UConn was where I wanted to go.”

Breslin officially committed to the Huskies this fall, to the delight of her family and St. Mark’s softball coach Casey Bates.

“Kaitlyn is an incredibly talented softball player, and her list of accolades is a mile long, but her greatest contribution to St. Mark’s athletics has been her leadership,” Bates said. “Whether she is on the field, on the ice or in the weight room, she works hard, accepts feedback, supports her teammates and plays with immense joy.”

Breslin will bring all of those traits to a school known for its athletic prowess. She found herself immersed in the big-time, Division 1 atmosphere during her official visit to the school.

“It was so incredible,” she said. “Not only the environment of the softball team, but the entire school and how they view their athletic program.”

Breslin spent two days at UConn. She watched the softball team practice and spent time hanging out with the current players, getting a feel for the team’s culture. She attended a workout and a class with one of the team’s outfielders and toured the campus before attending the basketball teams’ “First Night” showcase. The national title-caliber hoops teams scrimmaged and showed off their skills in front of the entire campus.

“The entire school was there, and the environment was great,” Breslin said.

Breslin said she is not sure what she wants to study, but she is considering something in the business school, citing an economics class she is taking and enjoying at St. Mark’s. On the softball field, she is expected to bring some power to the UConn lineup and could fit in defensively either in the outfield or at first base.

Breslin had high praise for her family, who helped her through the recruiting process.

“They have been amazing, I could not have asked for anyone else to be so supportive,” she said of her parents Jennifer and Roger. “My mom and my dad were there not just during the recent process, but throughout my entire childhood. They drove me to games and my mom was my coach, so having her there has been amazing.”

She said her siblings, Jack and Kelsey, “could not be more happy” for her.

Breslin is in the midst of her final ice hockey season at St. Mark’s before turning her attention to one more high school softball campaign.

“It’s my last year playing, so I want to finish the season strong,” she said, “and have some fun.”