Lauren Strechay and Nicollette Buonora developed a flashlight system, called Battery Swap, which instantly transitions from a dead battery to a fresh one to keep an area illuminated and avoid a potential crisis.

Bringing solutions from the classroom to the cruiser — or the ladder truck — is the purpose of a program for the honors engineering class at the high school.

In this program, students interview fire and police personnel to discover some of the challenges they face on the job each day. Because of the pandemic, the students connected virtually this year with members of the Hopkinton Police Department and Fire Department, who shared insights into problems they encounter at work.

Using their ability to listen and analyze to hone in on a particular problem, the students then put their engineering skills to the test to create a solution.

The project features multiple levels. After listening to the problems, students conducted research to validate the issues. They then developed concepts, mentored by Barry Regan, an engineer from Dell.

The students then created prototypes, which were reviewed and scored by police and fire personnel.

Doug Scott, who teaches the class, said the project helps students recognize their ability to use broad scientific concepts to tackle real-world issues.

“It is important for students to connect with people in the world and understand that they can provide creative and inventive solutions to help solve problems for those people,” he said.

By interviewing and interacting with beneficiaries of their creations, students “learn about existing technologies that are patented and invent their own solutions to solve problems that they have identified in the lives of the police and fire department members,” he said.

The town’s first responders “have difficult jobs, obviously, and they rely heavily on technology, whether they be simple or complex,” Scott added.

The Battery Swap was just one of the creations developed by the students this year.

Aiden Colleary and Derek Hatherley invented a device called the Ladder Light that mounts onto a ladder so firefighters can flood areas with light in precarious settings.

Charles Petruney and Jack Provencher developed a hands-free radio device called Easy Speak. This device can be retrofitted onto current systems to allow public safety personnel to keep their hands free to perform various tasks while still being able to listen to the radio.
Honing in on a solvable problem is crucial, said Hatherley.

Product development is only “half as important’’ as “choosing a relevant problem and solution,” he said.

“Even an idea that you are unsure about can work well with the right resources,” Buonora said of the most crucial lesson she learned.

The students are not the only ones who are enriched by this exercise. Hopkinton Fire prevention officers Thomas Poirier and Timothy Healy, who have been involved in the project for about five years, look forward to doing it every year, Healy said.

“The creativity of the students is inspirational,” he said. Their work “motivates our members to think outside the box, not only to problem solve but also to do things more efficiently and effectively.”

The project is “fantastic,” Police Chief Joseph Bennett said. “I was really impressed by the way they absorbed the information from the interviews and put it into real-life solutions. The officers really enjoy interacting with the students.”

The project is done in partnership with the Lemelson-MIT program, which focuses on invention education for students. The program aims to inspire young people and support their development as creative problem solvers through invention education opportunities. 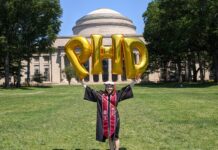 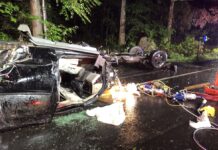 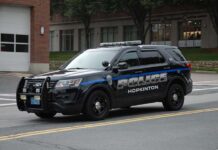