An estimated 2 million dogs a year are raised on farms in South Korea for human consumption. Baypath Humane Society of Hopkinton has partnered with the Humane Society of the United States in an effort to change the practice, and in July of last year, Baypath received its first rescues from the South Korean dog meat trade.

Local officials were among those promoting the new suicide prevention national hotline that went into effect July 16. Individuals who dial 988 at any time of the day or night will be routed to the National Suicide Prevention Lifeline for free and confidential support.

The latest Schools Notebook highlights local college students who have been recognized for their accomplishments, Hopkinton Garden Club scholarship winners and residents who received honors at Worcester Academy.

Photo of the Day: Boys basketball clinic participants (from left) Lucas Neves, Ephraim Wang and Daijon Leo Raj take a break during a game earlier this week at Brown Gym. 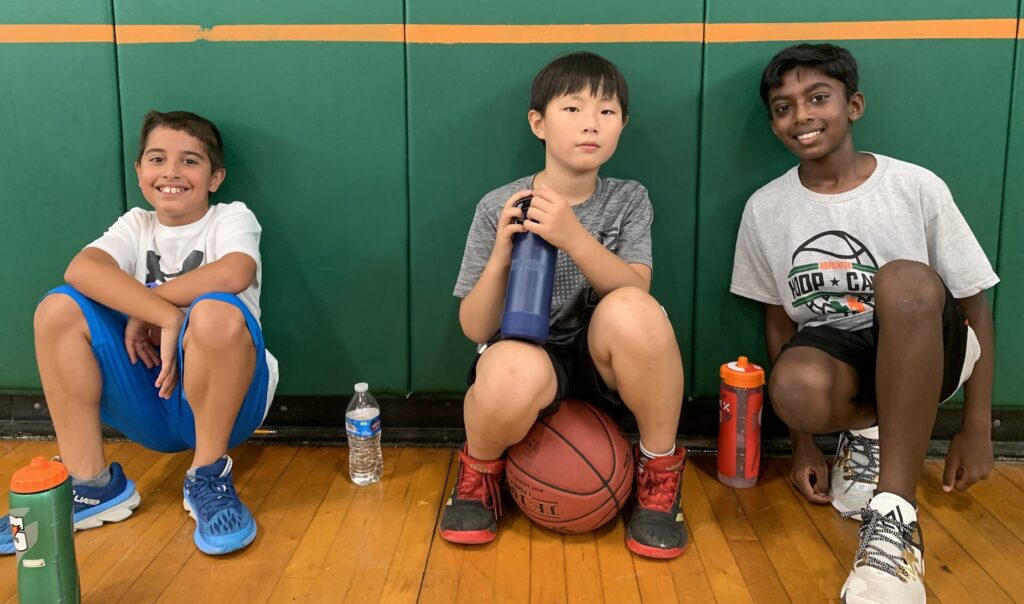