There’s no better way for Hopkinton to announce its return to (mostly) normal times than for residents to get together at community events, and this Saturday provides multiple such opportunities.

The headline event is Hopkinton Family Day, which makes its return after a two-year pandemic hiatus.

Earlier in the day, the Hopkinton Health Department is hosting its annual Community Health Fair at the Town Common from 11 a.m.-3 p.m., featuring free health screenings and information, games, snacks and live music.

And from 10 a.m.-1 p.m. at the Hopkinton High School parking lot, the Hopkinton Sustainable Green Committee is hosting a recycling/energy drive. Residents can drop off items for reuse and recycling — such as electronics, furniture, clothing and housewares — for a small fee.

Hopkinton Family Day, which runs at the fields behind Hopkinton Middle School from 2-6 p.m., followed by fireworks in the evening, is put together by the organization Friends of Hopkinton. It was a popular event its first three years before the COVID break.

Local organizations set up family activities — all free — and Ann Click, one of the event’s organizers, said the turnout should be similar to what it was in 2019.

Click said there will be some new attractions, including a barbershop chorus, a magician who will perform as well as teach how to do some tricks, an individual dressed up as a storybook character and a young resident performing a classical Indian dance. There also will be face painters, a balloon artist and henna tattoos, as well as bouncy houses.

Musical performances will be provided by the likes of Hopkinton residents Steve Spector, Barbara Kessler and the father-daughter duo of Colin and Lily Herlihy.

The Fire Department plans an educational program featuring virtual reality headsets that demonstrate the importance of home fire sprinklers and other safety measures, and there will be plastic fire helmets for children.

Additional activities include relay races on the track (organized by the Hopkinton Girl Scouts), a soccer challenge (Knights of Columbus), a basketball shooting contest (Hopkinton Basketball Association) and a cricket demonstration (Hopkinton Cricket Club), along with Ultimate Frisbee and multiple cornhole games.

There will be food trucks on site for those needing to refuel.

“We have some new things going on, and we’re looking forward to seeing them,” Click said. “There should be something for everyone.” 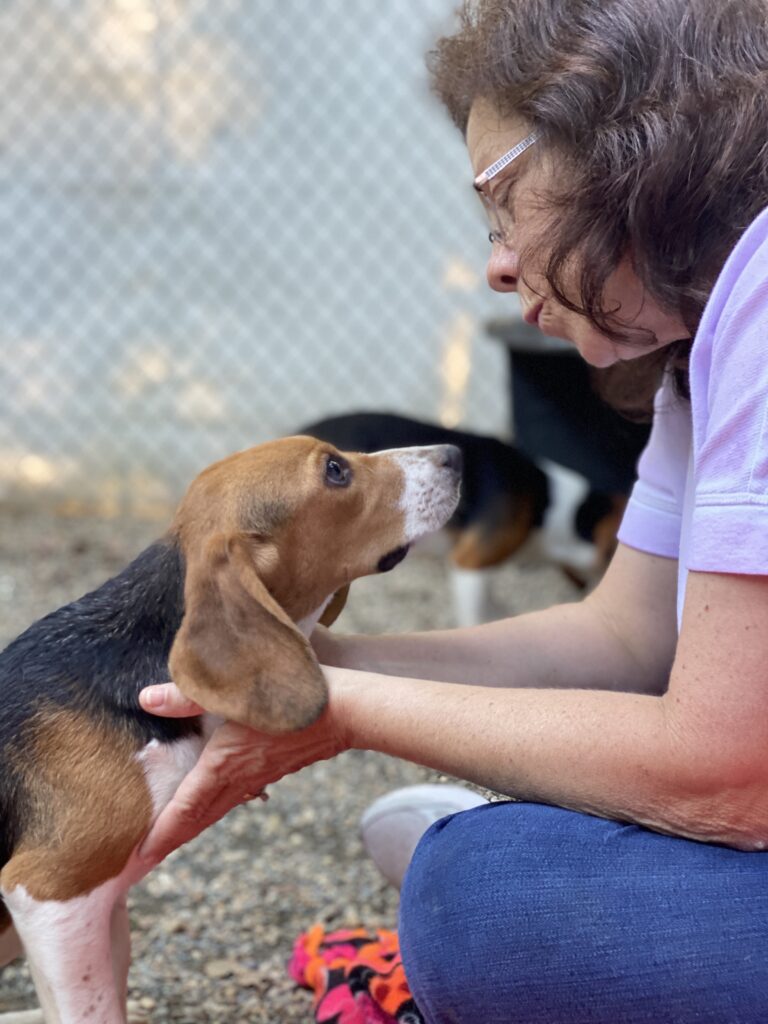 A Baypath representative plays with one of the beagles the shelter rescued from a laboratory breeding facility in Virginia. PHOTO/BAYPATH HUMANE SOCIETY

You may have heard about the situation this summer regarding the rescue of about 4,000 beagles from a mass laboratory breeding facility in Virginia. The facility, operated by a company called Envigo, was under federal investigation after the Justice Department found “evidence of extensive, ongoing AWA [Animal Welfare Act] violations.”

The Humane Society of the United States put out the call to shelters across the country for help finding the dogs new homes. One shelter that stepped up was Hopkinton’s Baypath Humane Society, which received six puppies late last month.

“We have a partnership with the Humane Society,” explained Baypath shelter manager Nikki Baltas. “So whenever they have dogs or cats come in, especially from those larger cases where they’re looking to spread them out to different organizations, we’re one of their partner shelters, so they’ll reach out to us and we’ll take some of the animals.”

Baltas said the Baypath dogs are “for the most part healthy.”

“All of the ones we got are 5-7 months old, and they were in fairly good shape,” she said. “For us, it was just following a deworming protocol because they didn’t have much of that, and getting them all neutered.

All the dogs were placed in foster homes within 1-2 days of their arrival in Hopkinton, and the early reports have been encouraging.

“They’ve all been friendly with other dogs,” Baltas said. “They’re definitely on the shy side, some more than others. They never had collars or leashes on, so they’re getting used to things, learning what it’s like to live in a house as opposed to a cage. They’re very happy, they love their toys in foster, and it’s been great to see the updates and pictures of them running around the yards.”

There has been a strong response to Baypath’s request for adopters, and once the dogs are determined to be ready for permanent homes, the organization will finalize its list.

“We’ve had a huge response, a lot of people looking to help them, which is great,” Baltas said. “They’re very sweet and we’re glad that we got them. Now they can go on to have normal lives and a family. They are very lucky dogs.” 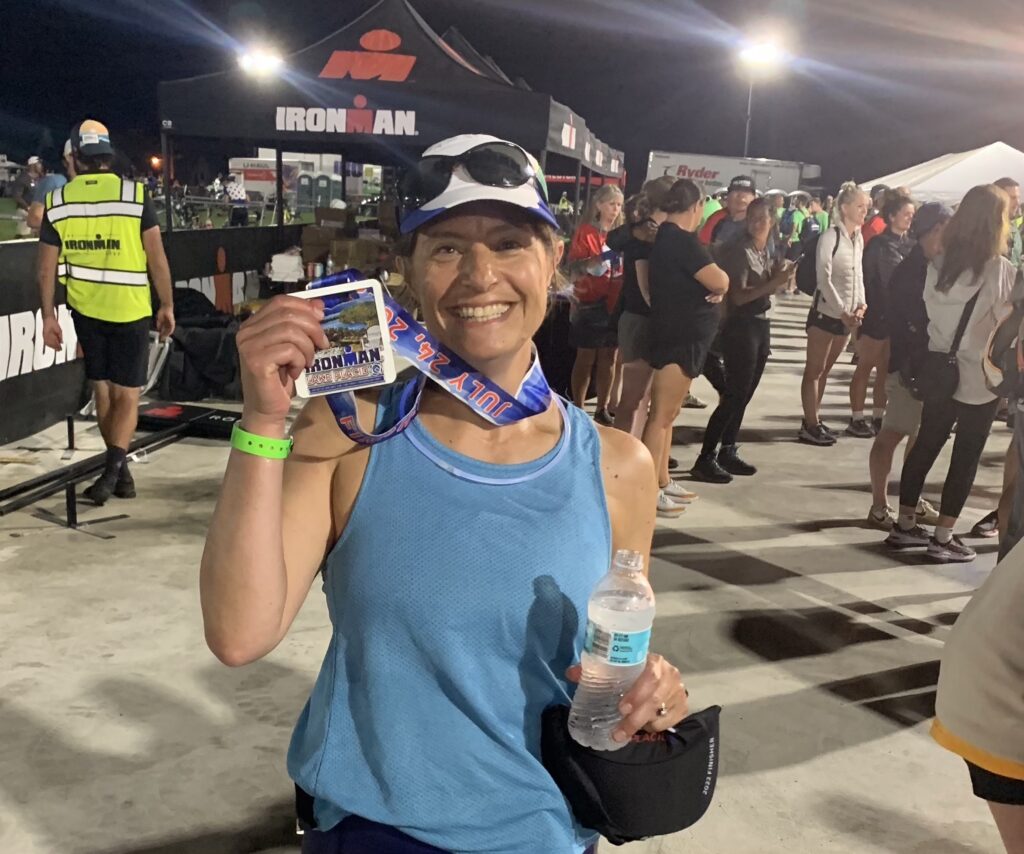 Congratulations to Stephanie Bodor, a doctor at Hopkinton’s Main Street Pediatrics, for completing her first Ironman triathlon this summer.

Bodor headed to upstate New York to compete in the Ironman Lake Placid on July 24. It consisted of a 2.4-mile swim followed by a 112-mile bike ride and a 26-2-mile marathon run.

Bodor fulfilled a pandemic-delayed goal with the full-distance triathlon. She also wanted to do something big in honor of her turning 50 this month.

“I’ve done every other distance, but I hadn’t done an Ironman,” she said. “It was kind of like the last distance I wanted to do. I had been planning to do it before COVID, then some of the races were canceled. This year I decided to go for it.”

Bodor, who says the bike is her favorite part of the event, completed the triathlon in 16 hours, 24 minutes and 14 seconds. She said she had been hoping for a faster time, but scorching temperatures changed her outlook on race day.

“It was really hot, it was in the middle of a heat wave,” she recalled. “A lot of people dropped out due to heat illness, which I’m glad I didn’t get.”

Bodor’s husband was on hand to text their children and friends with updates throughout the day. She also appreciated the support from other people on site.

“It was a great day,” she said. “It’s a wonderful race, the people are nice, the volunteers are nice, there are fans cheering for you at the end and the announcer announces your name. It’s really quite a thing to experience.”

A Grafton resident, Bodor has worked at Main Street Pediatrics for 20 years.