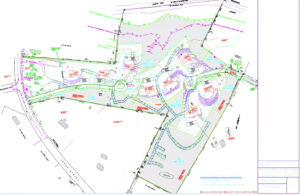 However, since the last meeting the town’s zoning enforcement officer made a determination that had a major effect on the proposal.

Lincoln Street is a 1,700-foot-long dead end road off Cedar Street (across from Carbone’s restaurant). While the town has a bylaw limiting dead-end roads to 1,000 feet, zoning enforcement officer Chuck Kadlik indicated that the board should only ensure that the extension of the road falls within that 1,000 feet limitation — disregarding the existing portion of the road. This means no waiver would be needed to extend the road about 400 feet, as the plan proposes.

Multiple board members expressed a desire for some existing sections of Lincoln Street to be widened as part of the plan. The road is narrow — as little as 10 feet wide in one point.

However, principal planner John Gelcich cautioned members about suggesting changes to the road, as that was not what the developer put before the board.

“You can condition that they widen Lincoln Street, but that’s not necessarily part of the proposal,” Gelcich said, adding that there is no guarantee any such condition would hold up.

“We don’t feel as though our proposal warrants fixing the entire road,” she said, adding: “It’s just not something we can possibly do with this plan.”

After a lengthy discussion, the hearing on whether to grant an open space land preservation division (OSLPD) concept plan special permit was continued to Dec. 7.

In other Planning Board news, the board voted 8-1 to grant a permit with conditions to the Massachusetts Department of Transportation (MassDOT) for its plan to replace trees and shrubs that are being removed on Fruit Street as part of the I-495/I-90 Interchange Improvement Project.

Among the conditions, MassDOT will have to provide photographs of the area before and after the work, prior to preparation for construction provide a performance guarantee for an as-yet undetermined amount of money to guarantee survivorship of all plantings for five years from planting, and identify/mark the 24 larger trees that are designated for removal so the town’s tree warden can check them first.

Also, the board voted 7-2 to approve developer Lou Petrozzi’s petition to construct a portion of Leonard Street with conditions, which will allow him to build three home lots there.

Waivers were granted to allow for a hammerhead turnaround using the start of the driveway for two of the lots (7-2 vote), to not force construction of a sidewalk, as none exists on the road (8-1 vote), and to allow for above-ground utilities (8-1 vote).