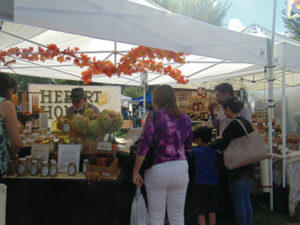 The 44th annual Polyarts Festival, showcasing a total of 70 vendors, took place on Saturday, Sept.15 at the Hopkinton Town Common. With the weather cooperating and providing a bright sunny day, attendance was up this year resulting in all of the food vendors, including the Friends of the Library’s famous apple crisp, selling out before the event’s end at 4 p.m. Hopkinton resident Carol Cheney, along with her sister, Leah, performed as members of the band Alter Ego, a Polyarts regular every year.

“The vendors were thrilled with sales, the weather was awesome and I felt like the crowds were as big as the Hopkinton 300th Anniversary weekend,” said Trish Kozub, a Polyarts committee member.

Polyarts began in 1974 as a demonstration of various arts and crafts to showcase the talents of the local community. Since then, it has grown into a daylong event with many professional craftspeople, performing artists, and community groups participating throughout the day.

True to its mission, the 44th Annual Polyarts Festival was once again a family-friendly day with something for everyone, be it food, music, crafts or other entertainment. 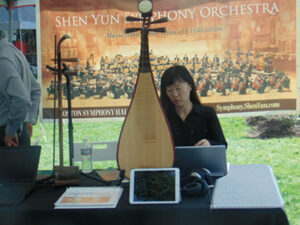 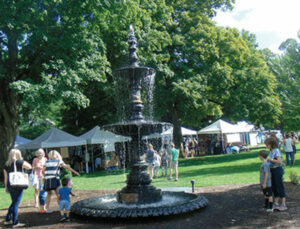 The repaired and operational fountain was a hit. 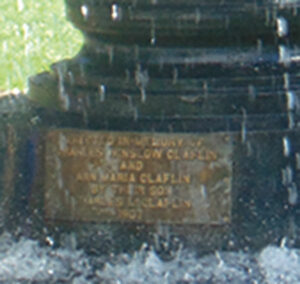 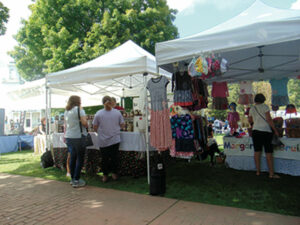 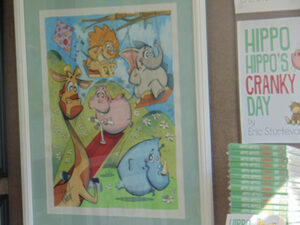 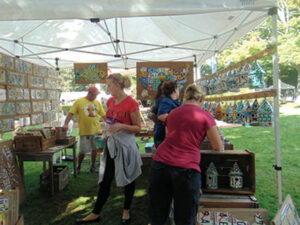