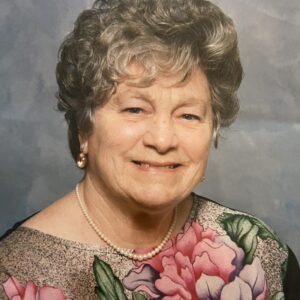 Barbara Nickerson, 98, of Holliston went to be with the Lord on Oct. 7 at the Blaire House in Milford. Born in Newton, she was the daughter of the late Cecilia (LaCroix) and Willard Bagster. She was the wife of 45 years to the late Lindsay Joseph Harper. She then remarried Richard G. Nickerson, who passed away in 2007.

Barbara was a homemaker, and later volunteered beside Pastor Robert Cloutier on the Care and Concern Committee for 25 years at Faith Community Church in Hopkinton. In her younger years, she enjoyed riding motorcycles and drove ice boats in the winter with Lindsay. Most importantly, Barbara enjoyed vacationing in Nova Scotia with her children.

Visitation will be held on Wednesday, Oct. 13, from 4-7 p.m. at the Chesmore Funeral Home of Hopkinton, 57 Hayden Rowe St. A funeral service will take place on Thursday, Oct. 14, at 1 p.m. in the funeral home. Burial will follow in Lake Grove Cemetery in Holliston. In lieu of flowers, donations may be made to Alzheimers.org.