Following a meeting Wednesday that included the Hopkinton Health Department, the Hopkinton Public Schools Buildings and Grounds Department, Parks & Recreation and the town’s Emergency Management Group, the basketball courts outside Hopkinton Middle School have been closed indefinitely. The rims were removed from all four baskets in order to ensure compliance.

Crowds of players have been gathering at the courts nightly over the past few weeks to shoot around. Last Friday a group of high school and college players from outside Hopkinton showed up and played organized pickup games, which are not yet allowed under the state’s reopening plan.

No timetable is in place for when the rims will be returned. 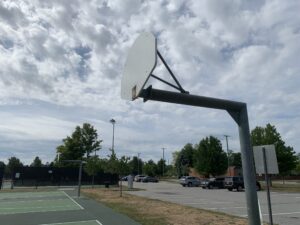 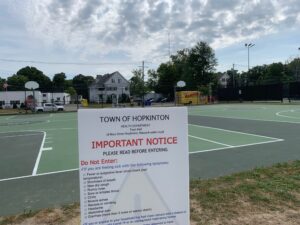 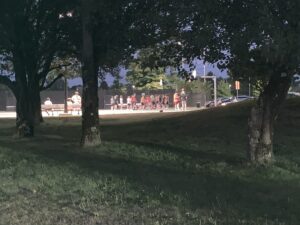 This was the scene one night last week, and it’s typical of the turnout the past few weeks. PHOTO/JERRY SPAR