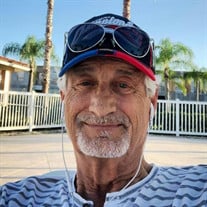 Benito Vittorio Michele Raia passed away March 6 at the age of 85. He began his life on May 8, 1936, in the town of Navelli in the province of L’Aquila (Abruzzo) Italy. Benito was the eldest of three children born to Alberto Raia and Maria Giannina (nee Salustro).

Benito’s childhood saw the outbreak, destruction and eventual Allied victory of WWII. When Benito was 18, the Raia family emigrated to the United States, where Alberto and his brothers continued the family trade of fine custom tailoring. Benito joined the family business, where he honed his craft. In 1960, Benito swore his allegiance to the U.S. when he became a naturalized citizen. In 1967, he married New Jersey native Joanne (nee Majkowski) and they welcomed their only child, Jeffrey Christopher, in 1969. The young family made their home in Hopkinton, where Ben helped found the youth soccer program. In the 1970s, his hard work led to a contract with the U.S. Coast Guard, where Benito helped develop and design a Coast Guard uniform that became known as “Bender Blues.”

After retirement, Benito and Joanne eventually made a permanent move to their home in Naples, Florida, where Ben became the president of his community homeowners association. Benito was an extremely proud father and grandfather. An avid fan of both the Boston Red Sox and the New England Patriots, Ben was especially delighted when his son joined the field crew at Gillette Stadium, as he would intently watch the games for any glimpse of his son beside Tom Brady.

After a brief battle with cancer, Benito was called home on March 6. His last moments were spent surrounded in love by his family. He is survived and missed terribly by his loving wife of 54 years, Joanne; his son, Jeffrey and wife Brenda and their sons Roman Alberto Michele and Nicolias (Nico) William; his sisters, Elena (Troiani) and Nora (Gormley); and many friends and family members.

A funeral mass will be held Wednesday, March 16, at 11:30 a.m. at St. Elizabeth Seton Church in Naples, Florida.