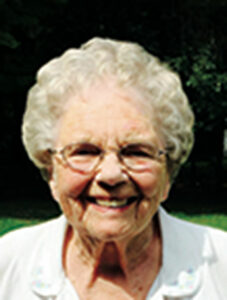 Carolyn M. Holman, 89, of Hopkinton, passed away Aug. 18, 2018. Born in Milford, she was the daughter of the late Kathryn (Hobart) and Kenneth W. Henderson. She was the wife of the late Charles A. Holman, who passed away in September 2004. She was a loving mother, Nana and Nana Carolyn.

She is survived by her children, B. Scott Holman, Gail Remby and her husband, John, Jill Sarafinas and her husband, George, all of Hopkinton, and Dean Holman and his wife, Rochelle of Westford. She also leaves behind James “Murph” Murphy, who Carolyn considered to be like another son; seven grandchildren, Elizabeth and husband Clifford, John and wife Amy, Christine, Donald, Nichole, Corey and Mitchell, as well as three great-grandchildren, Noah, Grayson and Jackson, as well as several nieces and nephews. She is predeceased by her brother, Kenneth H. Henderson.

Carolyn was a 1951 graduate of St. Luke’s Hospital School of Nursing and a member of Eastern Star for over 50 years.

A funeral service was held at the First Congregational Church of Holliston. Burial followed in Wildwood Cemetery in Ashland.

In lieu of flowers, donations in her memory may be made to Shriner’s Burn Institute, 2900 Rocky Point Drive, Tampa, FL 33607 or shrinershospitalsforchildren.org or to Dana-Farber Cancer Institute, P.O. Box 849168, Boston, MA 02284, dana-farber.org or Compassus Hospice, 10 Cadillac Drive, Suite 400, Brentwood, TN 37027 or compassuslivingfoundation.org.

Arrangements were under the direction of Chesmore Funeral Home, Hopkinton.