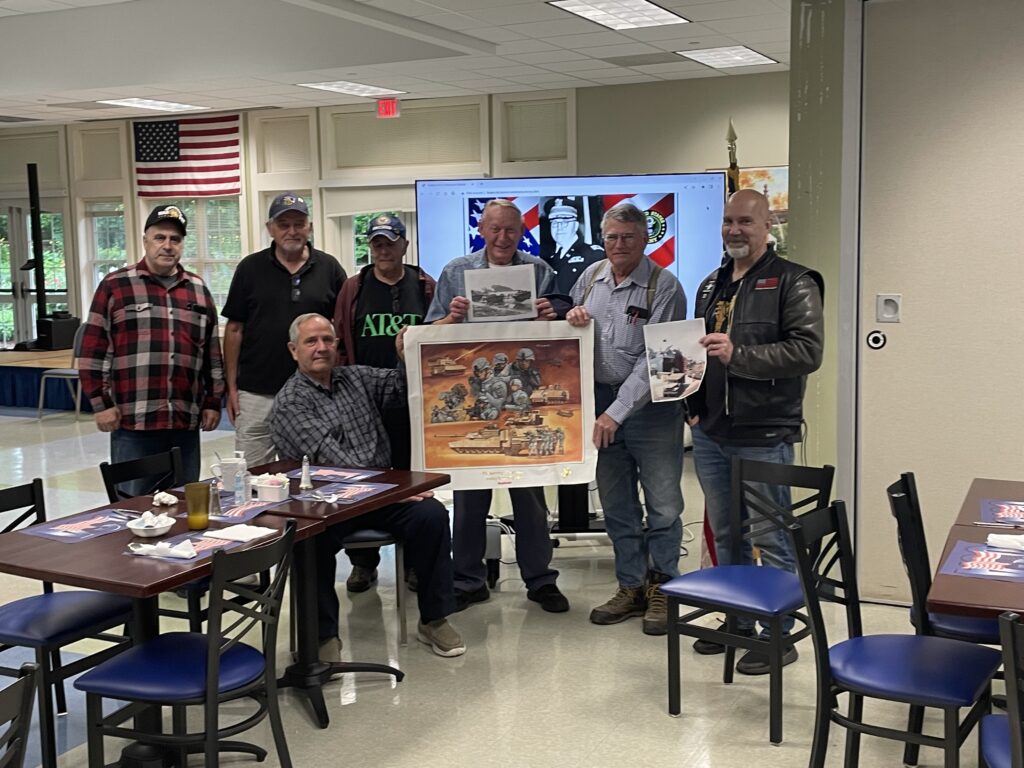 Among those on hand at the June 3 Veterans Breakfast were (back, from left) Mike Arakelian (Air Force), Neil Svendsen (Army), Frank Fede (Navy), Robert Hole (Navy), Peter Redding (Army) and Ted Hoyt (Army), along with (sitting) Art Brooks (Navy). Brooks and Redding hold a reminder of the Normandy action, Hole has an image of the preparation for a 1945 assault on Japan (as on June 3 no one knew the war was about to end) and Hoyt has a representation of the preparations for D-Day landings.

Hopkinton military veterans gathered for their monthly breakfast this past Friday at the Senior Center. The meal was sponsored by Fairfield Estates.

Monthly discussions of anniversaries of military events that occurred on June 3 were highlighted. Because of the proximity to the anniversary of D-Day, much of the focus was on happenings of 1944.

Additional discussion points included remembrances of recently passed veterans. Comments were mainly from the Vietnam era, and all were personal and heartfelt.

The next Veterans Breakfast is scheduled for July 1, honoring the life of Joseph V. Pyne Jr.

← Police Chief Bennett: 'We will address any threat to our schools wherever they are, very quickly' Hopkinton Today: Wednesday, June 8 →