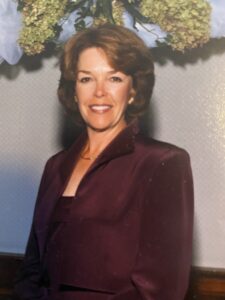 It is with great sorrow that the family announces the passing of Diane Hakansson, 71, of Hopkinton at the Mary Morse Rest Home on June 23. By her side, until the time of her death, were her beloved children, Kristina and Jay Hakansson.

Many a heart is sore in mourning today. We are consoled however by the gift that was her life.

Diane was born and raised in Hopkinton. She graduated from Hopkinton High School in 1968. After school, she married and became a homemaker and a mother. She took both responsibilities seriously. She was envied in the family for keeping a neat and tidy home. Diane had a keen eye for décor, which eventually became a passion that she developed into a successful career as a valued interior designer of homes. She was an avid golfer and walker. Diane also was a longtime waitress at Carbone’s restaurant. She truly loved her years of service and friendships developed there.

Diane’s most cherished gift was the special way she treated others. Over the span of her life, she maintained a loyal group of friends who would note she was always quick with a laugh or an offer of help. Her compassionate heart was always available to respond to a need. Diane was a great mother and grandmother, sister and friend. She was very involved in the life of her family, especially when her cherished grandchildren Emily and Sara arrived.

Diane also leaves to join her predeceased parents, the late Joseph and Jean Murray. She leaves her five siblings, David and Ann Brooke Murray of Brewster, Susan and Richard Biagetti of Milford, Joseph and Catherine Murray of Hopkinton, Steven Murray of Mattapoisett, and Lisa Reilly of Walpole. She also, with great fondness, leaves her 15 nephews and nieces.

Details for a memorial celebration of life gathering were to be forthcoming. Arrangements have been entrusted to the Callanan Cronin Funeral Home.

In lieu of flowers, please make contributions in memory of Diane Hakansson to the Dementia Society of America (dementiasociety.org), P.O. Box 600, Doylestown, PA 18901.