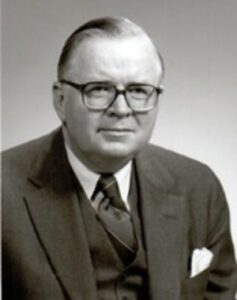 Leonard was a member of several professional and civic associations and boards. He served on the Business Roundtable, Aerospace Industries Association and the Industrial and Labor Relations School at Cornell University. He also served as chairman of the Associated Industries of Massachusetts and vice chairman of the Massachusetts Taxpayers Foundation. In addition, he served on the boards of the Boston YMCA, New England Aquarium, Waltham Weston Hospital, Seiler Corporation, Waltham Chamber of Commerce and Better Business Bureau of Eastern Massachusetts.

Leonard received the Cushing Award for Excellence in Labor-Management Relations and was a Knight of the Holy Sepulchre.

Leonard enjoyed spending time in Annisquam, and in Naples, Florida. He was a longtime member of the Annisquam Yacht Club.

Leonard is survived by his wife of 63 years, Anne (Ronan) Kane, and his six children, Jim and Debbie Kane of Newburyport, Tracy and Brian Lannigan of Dover, Ted and Kristin Kane of Hopkinton, Rosamond Kane of Charlestown, Tom and Jennifer Kane of Andover, and Matthew Kane and Julie Lane of Newton. In addition, he is survived by his 11 grandchildren, Allison Conroy and Patrick Kane; Madeline and Genevieve Lannigan, Elizabeth and Caroline Kane, Shannon and Simon Kane, and Amelia, Eliza and Colin Kane.

A Mass of Christian Burial will be held on Tuesday, Jan. 18, in St. Julia’s Church, 374 Boston Post Road, Weston, at 11 a.m. Relatives and friends are respectfully invited to attend. Interment will be in Annunciation Cemetery of St. Mary’s, Hobart Street, Danvers. Arrangements are under the care of the Henry J. Burke & Sons Funeral Home, Wellesley.