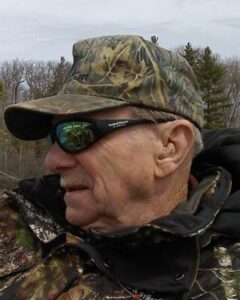 Earle E. Pratt passed away peacefully in the late evening of Dec. 25. He was predeceased by his wife, Mary Jane Pratt, brother, Al Pratt, and sisters, Laura Small and Lorraine Cady. He leaves behind his son, Bruce Pratt and wife Betty, his daughters, Debbie Patwin and husband Mark, and Patricia Uhlman and husband Dennis. He also leaves behind his grandchildren, Jackie Pratt and wife Melissa, Gregory Pratt and wife Crystal, Shawn Crane, and Dennis Uhlman and wife Stacey. He was the proud great-grandfather to six beautiful great-grandchildren, Mary Jane, Liam, Willa, Timmy, Jacob and Ruthie.

He worked for 70 years as a barber until he retired at the age of 89. He was the owner of Earle’s Barber Shop in the Framingham village of Saxonville and for the last 40 years worked at the Saxony Barber Shop. You may have heard of him as “Earle the Barber” on the radio. He served in the Navy in the 40 and 39s on the USS Boxer. He was a lifetime member of the Woodville Rod & Gun Club in Hopkinton. He loved spending time with his family and grandchildren. He was an avid outdoorsman and was very proud of his accomplishments.

His funeral service was held Dec. 31 in the Pickering and Son Westborough Funeral Home (westboroughfuneralhome). In lieu of flowers, donations in his memory may be made to Veterans Inc., 69 Grove St., Worcester, MA 01605.