Fall to remember for HHS sports 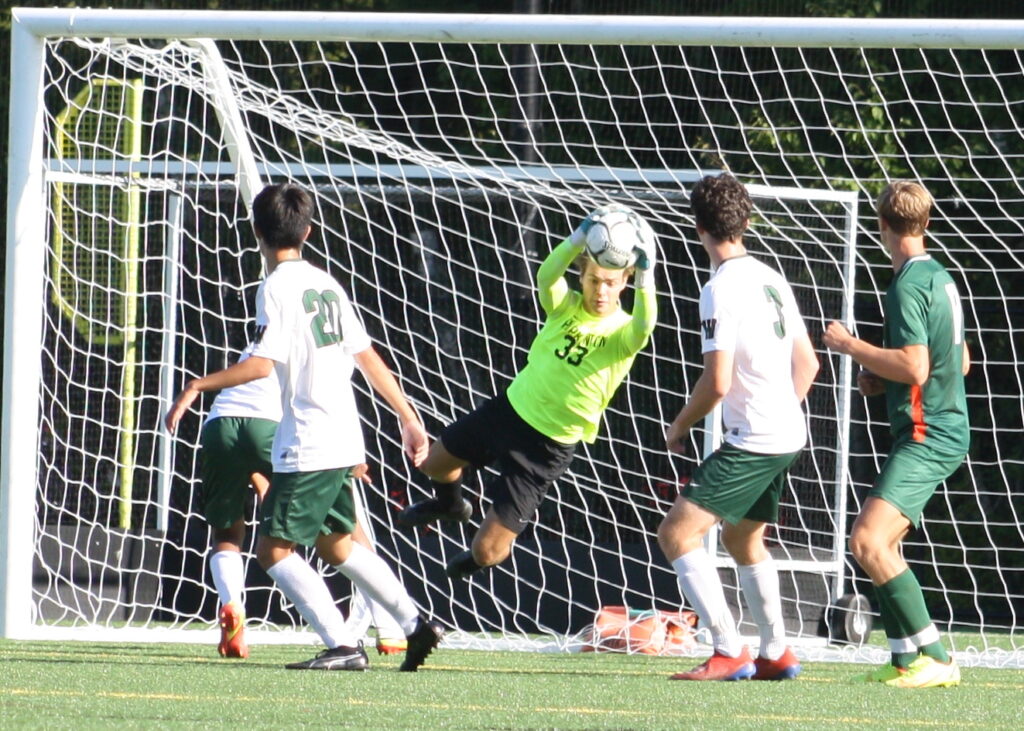 Hopkinton High School athletic director Kiely Murray thought this was going to be a relatively quiet part of her schedule with the fall regular season having wrapped up and winter sports still a few weeks away.

But the HHS fall sports lineup produced one of the best seasons in recent memory across the board, with league titles and huge turnarounds in a slate that saw the Hillers put nearly every team in the postseason. Instead of a lighter schedule, Murray has been busy making sure teams are able to secure turf space for practices and scrimmages ahead of their tournament tilts.

“It’s a good problem to have,” Murray said.

Several of Hopkinton’s teams continued what has become perennial success. The boys cross country team finished 5-0 in dual meets and took first place in the Tri-Valley League showcase meet. The girls also duplicated their success from a season ago, finishing 4-1 in the league meets and earning a second-place finish in the TVL meet.

Coming off a storybook season and a state championship in 2021, the girls volleyball team finished 10-5 in the TVL and 11-9 overall to secure a spot in the state playoffs.

“They had a really steep hill to climb with a lot of new players on the court, a new coach and the same tough league and non-league schedules,” Murray said. “Those four non-league losses were the product of coach [Emma] Sweetapple challenging them with some tough games, and the girls stepped up and rose to the occasion more and more throughout the season.”

Another typical powerhouse program that lived up to expectations was the golf team, which finished undefeated.

“It was a really good year,” coach Bill Phaneuf said. “To go undefeated is an amazing task because there are some really good teams in this league. It was tough, but the kids battled all year. I think they were proud of themselves, and I am certainly proud of them.”

The golf team finished tied for eighth in the Division 1 sectional tournament, where the Hillers faced some of the biggest and most talented golf programs in the state and had two players break 80.

A couple of Hopkinton programs experienced big-time turnarounds relative to last year. The football team doubled its win total, emerging from the eighth game of the season at 6-2 after going 3-4 a season ago. The Hillers missed out on the playoffs only due to the high bar set in that sport compared with some of the other fall team sports. 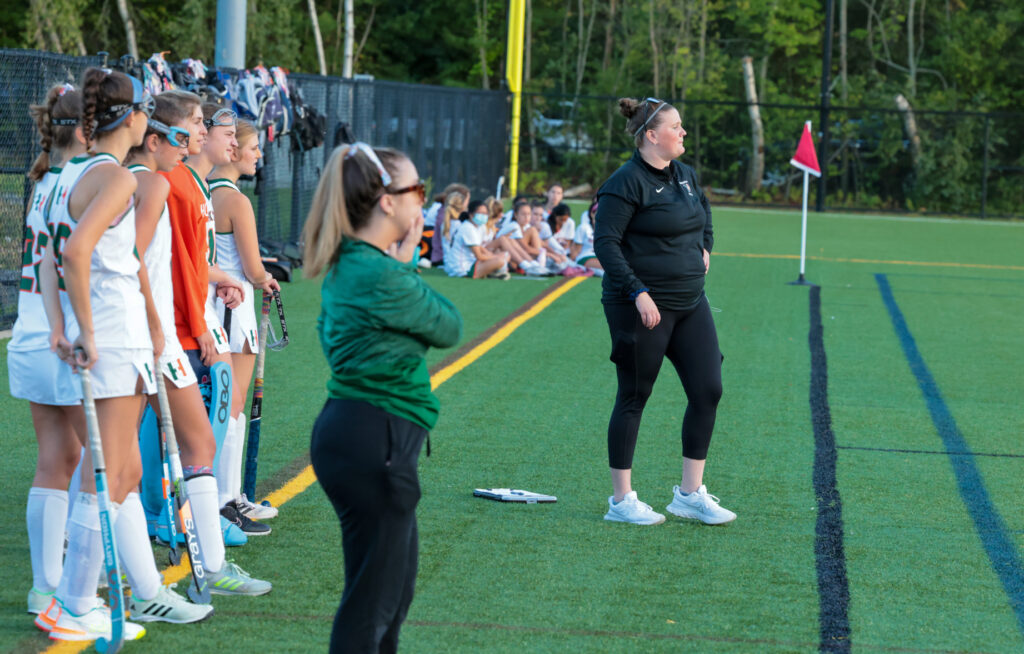 The biggest turnaround belonged to the field hockey program. After finishing 1-15-1 overall last year, the Hillers qualified for the playoffs by finishing the regular season 9-4-5 overall and with a 7-3-4 record in the TVL.

“The girls were super focused, they knew what they had to do to get to the tournament,” said field hockey coach Ally Valencia. “I wouldn’t say I was surprised. After the preseason, I saw how much talent they had. They just needed a little more focus and structure to their practices and games.”

Valencia said the team was eager to put the one-win season in the rearview mirror and focus on getting better this fall. The team also took note of the fact that the rest of the school’s successful programs had noticed their success.

“I think they were super proud,” Valencia said. “From what I heard, players on other teams were saying, ‘Hey, you are pretty good this year,’ and I think that fueled them. Knowing that other teams were noticing them, they realized that they were proving a lot of people wrong.”

On the soccer pitch, both the boys and girls programs earned TVL championships. The boys’ team finished 15-1-2 overall and 13-1-2 in the league to take home the first TVL crown since 2009.

“We lost some good players from last year’s team that did well, but we had a lot of quality players with experience coming back and a large senior group, so we knew going in we had a chance to have a really good season,” boys soccer coach Garrett Sawyer said. “We set a goal to win a title from the beginning. We talked about the fact that it hadn’t happened since 2009.”

Sawyer said his team was thrilled to see that goal come to fruition.

“All the hard work they had put in paid off, and I think they were really happy about it,” he said.

Sawyer said the kids on different teams feed off one another in school and were aware of each other’s success.

“There is a lot of positive momentum among the kids,” he said.

Girls soccer posted an 11-2-3 league record and a 12-3-3 overall mark under coach Tom Skiba to win what is believed to be the first TVL championship in program history.

“The team has really come together both on and off the field and they support each other really well,” Skiba said, describing his team’s reaction to winning the league as “pure joy.”

Despite it not having happened before, Skiba said it was one of the team’s goals to capture a TVL crown and a “point of pride” to be one of the many successful Hopkinton programs this fall.

“They all want to represent the school and the town well,” he said. “The kids and the team have a confidence that they can do as well as any other team and they just get it done out of being confident and wanting to be successful.”

The HHS cheerleading program continued a successful season by earning a spot in the regional competition. The unified basketball program had what Murray described as an “incredible” turnout with 15 athletes and 15 partners participating in a schedule that includes eight games and a season-ending jamboree. The program, in its sixth season, is the largest in the TVL.

Murray pointed out that about half of the fall programs have coaches who are either in their first or second season at the helm.

“It’s been great to see them building that momentum in their programs, and every single coach is a character coach, so it’s not just about the wins and losses for them,” Murray said. “I am really proud of the Hillers this fall.”