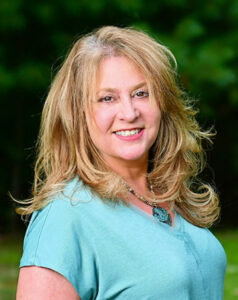 Abbie Rosenberg is the founder and executive director of Mental Health Collaborative, Inc.

Hopkinton resident Abbie Rosenberg is determined to make a difference when it comes to mental health awareness. Rosenberg, a nurse practitioner, psychotherapist and psychopharmacologist, is the founder and executive director of Mental Health Collaborative, Inc., a new nonprofit organization whose mission is to build resilient communities through mental health education and awareness.

Rosenberg’s crusade was spurred by a heartbreaking event that profoundly affected her. She was working with a man who was suffering from depression and anxiety. With her help, he made great strides and even became a mental health advocate himself. Eventually, he moved away. However, several years ago, Rosenberg received the news that he took his own life. She also learned the man left her money in gratitude for all she did for him.

It was then Rosenberg knew she wanted to utilize that money to make a positive impact concerning mental health awareness.

“I was inspired to honor him,” she said.

Statistics show an increase in mental health disorders, particularly among adolescents and young adults. Worldwide, approximately one in five youth will experience a mental illness before they turn 25.

“I think it’s social media, it’s stress, it’s pressure,” Rosenberg said about some of the drivers behind the rise. “It’s not always easy to talk about because it’s not black and white.”

In addition, 46 percent of U.S. adults will experience a mental illness during their lifetime. While some strides have been made in speaking out about the issue, Rosenberg says more can be done.

So, after a year’s worth of research, Rosenberg identified two critical needs: a shortage of mental health providers and a lack of education. Through additional research, multiple meetings and consultations with professionals, Mental Health Collaborative, Inc. (MHC), has come to fruition.

MHC’s mental health literacy program is focused on four major components, including understanding how to optimize and maintain good mental health, understanding mental health disorders and their treatments, decreasing the stigma associated with mental illness, and increasing resources and help for individuals.

For now, Rosenberg, along with MHC’s Board of Directors, including Jean Bertschmann, Ellie Winthrop, Kelly Karp and Lee Burns, are focusing their efforts on the Hopkinton community with the hopes of expanding the program to other communities in the future. MHC plans to initially implement its programs in various Hopkinton-based organizations and the schools, focusing on the middle and high schools to start.

“The Hopkinton schools have been very receptive,” said Rosenberg, a mother of two college-age sons who is well known in town for founding and directing the popular Sharon Timlin Memorial Road Race.

Currently, MHC is partnering with Hopkinton Youth and Family Services to conduct a mental health needs assessment to gain a better understanding of the needs of the community. Paul Flaxman, who works for Boston Research Group and who raised his family in Hopkinton, donated his time and knowledge concerning the assessment as a way to give back to the community.

MHC is asking Hopkinton residents 18 and older to take the brief, anonymous survey at survey.gazelleglobal.com/MentalHealthCollaborative. The survey will be available online from Sept. 12 through Oct. 5.

“I think we can make a positive impact for the whole community,” said Rosenberg.