The Hopkinton Center for the Arts opened its week-long fundraiser, called Art @ A Distance, with a sold-out live concert Saturday afternoon by the Claflin Hill Orchestra. Attendees were socially distanced in the Hopkinton High School parking lot. The event was streamed online as well. 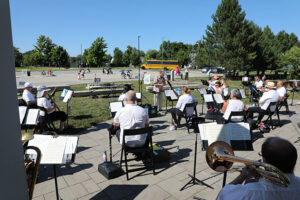 The orchestra performed for a socially distanced crowd. PHOTO/JOHN CARDILLO 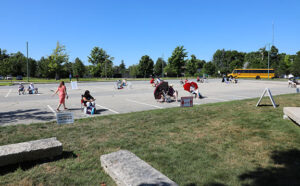 The crowd kept a safe distance in the parking lot. PHOTO/JOHN CARDILLO 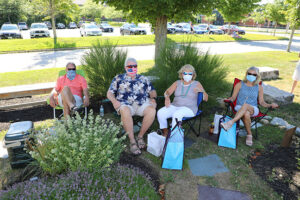 Among those in attendance were (from left) Brian Thomas, Rob Phipps, Pam Phipps and Nancy Phipps. PHOTO/JOHN CARDILLO 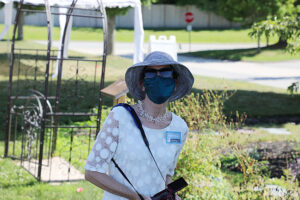 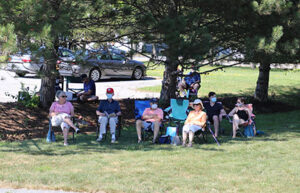 Some attendees found a shady spot under a tree. PHOTO/JOHN CARDILLO 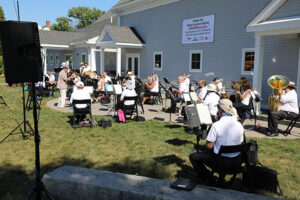 The orchestra was a welcome sight during a time when live performances are rare. PHOTO/JOHN CARDILLO 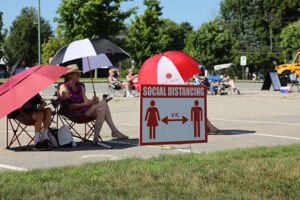 Reminders were in place for attendees to adhere to state guidelines. PHOTO/JOHN CARDILLO 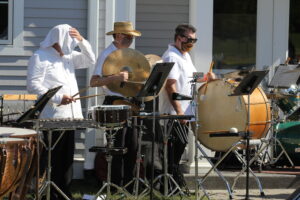 It was a hot day at the HCA. PHOTO/JOHN CARDILLO