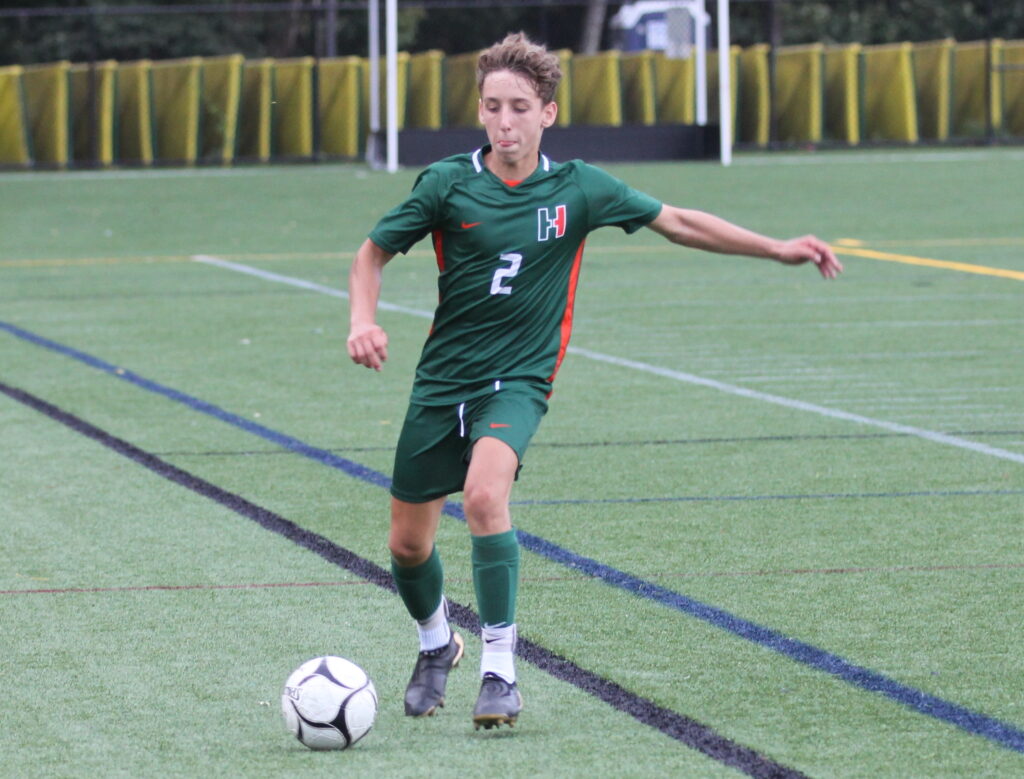 Hopkinton High School’s boys soccer team has a deep roster returning in 2022, and coach Garrett Sawyer is hoping the combination of skill and experience will help the team build on a strong campaign last fall.

“I did lose some key starters and strong players from last season, but I have a lot of guys back who either started or got a lot of playing experience,” Sawyer said. “That’ll set us up for a good year.”

The Hillers finished second in the Tri-Valley League Large School Division last year. HHS made some noise in the playoffs as well, knocking off a couple of teams in the state tournament before falling to West Springfield, the eventual Division 2 state champion.

Heading into the start of the season, Sawyer said his team has looked great.

“We have a great group of guys,” he said. “It’s all good, positive team culture.”

Senior captain Peter DeMichele is back as an attacking midfielder. Sawyer described DeMichele as a “good playmaker who is very good on the ball in terms of possession and passing.”

He likely will be setting up striker Sam Vasington, another returning captain.

“He is strong and fast,” Sawyer said. “They are both going to be really solid for me.”

Senior captain Declan Mick will anchor the back line again this year after filling that role in 2021. He’ll be joined by senior goalkeeper Max Nye, who also will reprise his starting role from last fall.

Senior midfielder Jack Green is looking to play a big role this season after being limited by injuries last year.

“He has come out in good shape and been strong on the field,” his coach said.

Many of the Hillers’ newer players are still getting a feel for the speed of the varsity game, but Sawyer hoped to have a number of younger players step up as the year unfolds.

Sawyer said he expects his team to have a number of strengths this season, including being strong technically on the ball and having players who started the season strong and fit. The Hillers’ positive team culture and work ethic should also help in a TVL that does not have any easy games, he added.

“It seems like there are a large number of teams every year that are tough,” Sawyer said. “Holliston was good last year, Medway is talented, Westwood, Ashland plays us tough, Medfield, Norton, it goes on and on. There is so much talent and good coaching in the league, there are no easy games.”

Sawyer said he is more focused on process goals than a certain number of victories this season, but the team’s biggest focus is to get the most out of the talent it has.

“We want to maximize this team’s potential, and I think the potential is high,” he said. “If we can go out and train hard and play to our potential, I think there are going to be good results.”