After a truncated 2020-21 season, Hopkinton High School girls basketball coach Mike Greco said he is happy to be back playing a season as close to normal as the program has had over the past two years.

“Even though we are still wearing masks, it feels like basketball should again,” he said.

And for the Hillers, a return to a sense of normalcy and to tournament play comes at the perfect time. Hopkinton has a strong contingent of seniors whom Greco hopes will help his team compete in the Tri-Valley League and qualify for the state tournament.

“We have high expectations for ourselves,” he said. “Health and other things all play a factor, including how well some of the younger kids develop. But we hope to be able to hit the ground running.”

The younger Hillers will have a number of players they can look up to this winter. Senior captain Kiki Fossbender returns and should be a significant part of the Hopkinton offense.

“She is probably our best natural scorer,” Greco said. “She shoots the ball well, she has a knack for getting to the rim and getting herself to the free throw line, and her game has developed on the defensive side of the ball. She is learning how to create for her teammates as well.”

Lexi Trendel is another captain who has led the team in minutes over the past three years, spending most of her time playing in the post.

“She is very athletic and she runs the court well in transition and rebounds well,” Greco said. “She’s a fantastic leader, I can’t say enough about the intangibles Lexi brings for us.”

Hopkinton’s third captain this season is Carly Hedstrom, whom her coach said brings toughness to the floor and a physical brand of basketball. Greco praised her shooting ability and basketball IQ.

Running the offense this year, as has been the case now for four years, is Lauren Cho. The starting point guard has been a TVL All-Star on multiple occasions.

“She brings us great leadership and steadiness at the point guard position,” Greco said. “She does a great job scoring and passing the basketball in transition. She is the one who makes us go offensively.”

Senior Brooke Doherty might be the Hillers’ most athletic player, Greco said, and the team’s best on-ball defender.

“She hustles up the court, she attacks the rim and gets off the floor really well,” he said. “She has that aggressive, go to the basket mentality that Kiki does as well.”

Jessie Ianelli likely will be the first player off the bench, according to Greco, who added that there is no one he would rather have in that role.

“She is one of those kids you want in your program, no matter what her role is,” he said. “She is such a high-character kid. She does everything you ask and always puts the team first. I can’t say enough good things about Jessie as a person.”

The six aforementioned girls have played basketball together for most of their young lives, so Greco is quick to say that experience will be a strength this season as the Hillers look to compete with the top teams in the TVL. Hopkinton will not be the biggest team on the floor, but Greco hopes to combat that shortcoming with speed.

“I can’t say we are going to go out and beat teams up physically, but we are hoping to get out and run,” he said. “That is always the style we want to play.” 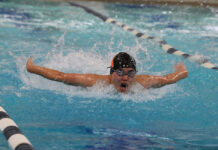 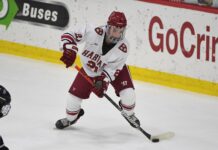 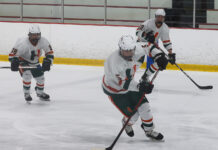