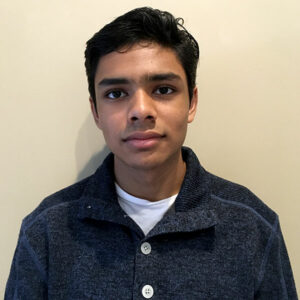 Furquaan Syed shared his account of teasing about his name on World Channel’s “Stories from the Stage.”

What’s in a name?

A young man from Hopkinton is sharing his journey in discovering how a name can be a lesson in tolerance and acceptance.

Furquaan Syed, a Hopkinton High School senior, was one of the featured storytellers on World Channel’s “Stories from the Stage,” a series of diverse stories reflecting the diversity of modern America.

Although his first name is a very common name among Muslims around the world, Syed, who was born in Massachusetts, said he was teased as a child for how different it was from typical American names.

“Growing up, while I was surrounded by people named Sean and John, I was the only Furquaan,” he told the live audience during the “Stories from the Stage” program.

Syed said that he was teased as a child for his name, with kids changing it to hurtful nicknames.

“I hated lunch the most; that is when it would happen a lot,” he said, referring to when he was an elementary and middle school student in a different town.

Being a young boy, Syed said he got mad and frustrated and started to retaliate with name-calling of his own.

“There was one problem, though — that everyone else has the most typical name you could think of,” he said.

The teasing on both sides went on for a while, until April 15, 2013 — the day of the Boston Marathon bombings.

“I went back to school expecting the same teasing, but no one called me those names,” he said. “I got awkward glances, and kids were keeping their distance.”

Syed said that the break in the teasing gave him time to reflect on his name, which in Arabic means “the difference between good and bad.”

In the past five years, although the name-calling has decreased, Syed said that he still wishes people would see past the exterior and focus on what is really important.

“For the most part, people see past my brown skin and my foreign name and see me for who I am,” he said. “I just want people to see we are not so different after all.”

Now when someone teases him about his name, he doesn’t get mad or upset at all, he said.

Syed was asked to take part in “Stories from the Stage,” which first aired in 2017, after he spoke about his struggles at his mosque in Framingham.

“They asked me to speak about my experience as a first-generation immigrant,” he recalled.

Syed agreed, hoping to help spread awareness about the importance of inclusion and acceptance.

“There is a stigma around Muslim groups,” he said. “I wanted to talk about it.”

Syed’s appearance on the World Channel’s “Stories from the Stage” can be viewed online at facebook.com/StoriesFromTheStage/videos/295633624294808.