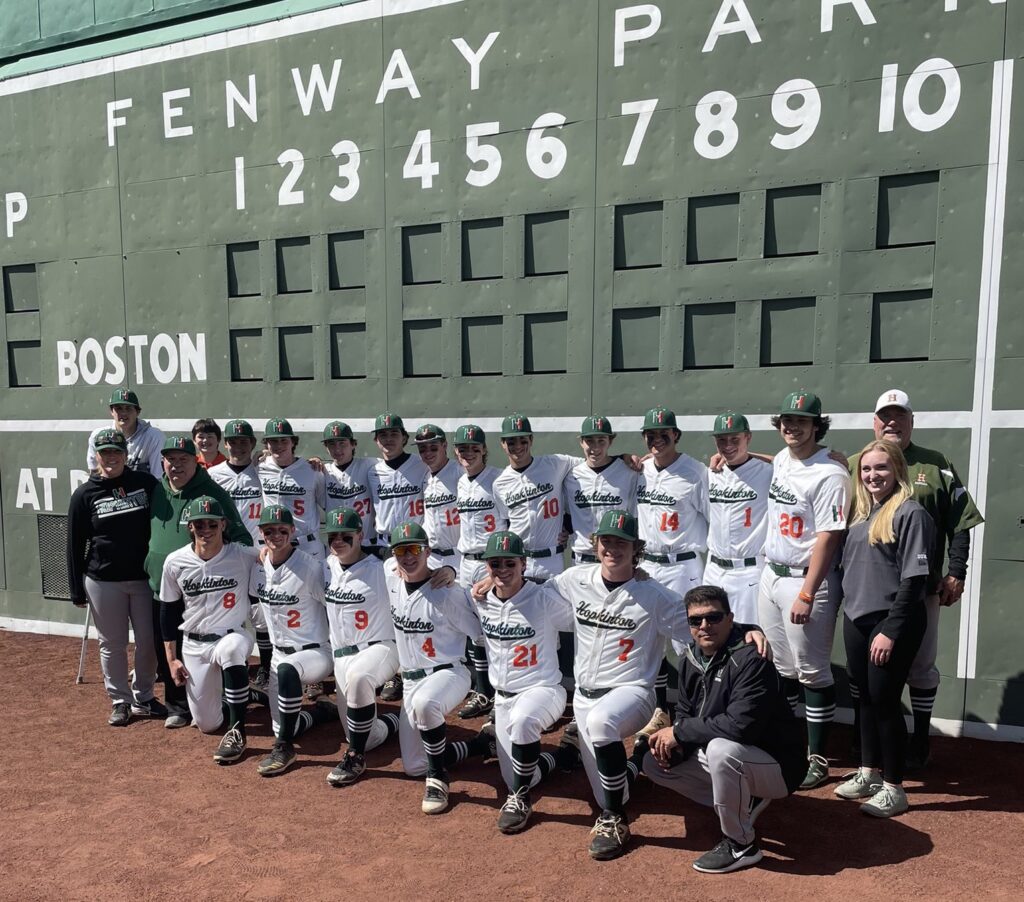 Members of the Hopkinton High School baseball team pose for a photo before their game at Fenway Park on April 29. PHOTO/HHS ATHLETICS

Hopkinton High School lined up one of the toughest schedules in the history of the baseball program this year, answering the call as powerhouses around the state wanted to take on the Hillers.

Coach Steve Simoes planned on having a pair of pitchers who are going to play at the next level, but the team was dealt a setback when Bryant University-bound Vin Purpura suffered a broken leg that will keep him out for the season.

“That was a little deflating for the kids,” Simoes said. “We’ve had to battle through some adversity and we have one of the toughest schedules in the state. A lot of teams wanted to play us.”

A quartet of seniors have stepped up in Purpura’s absence to try to fill the role and ensure that Hopkinton will field a deep pitching staff this spring. Simoes said John Wauters, who is slated to continue his baseball career at Bentley, has become a de facto ace. Mike Burney, Nick Paharik and Andrew Gaughan all are contributing on the mound.

“Those are four kids who have all done really well,” Simoes said. “We have gotten really good contributions from guys on the mound.” 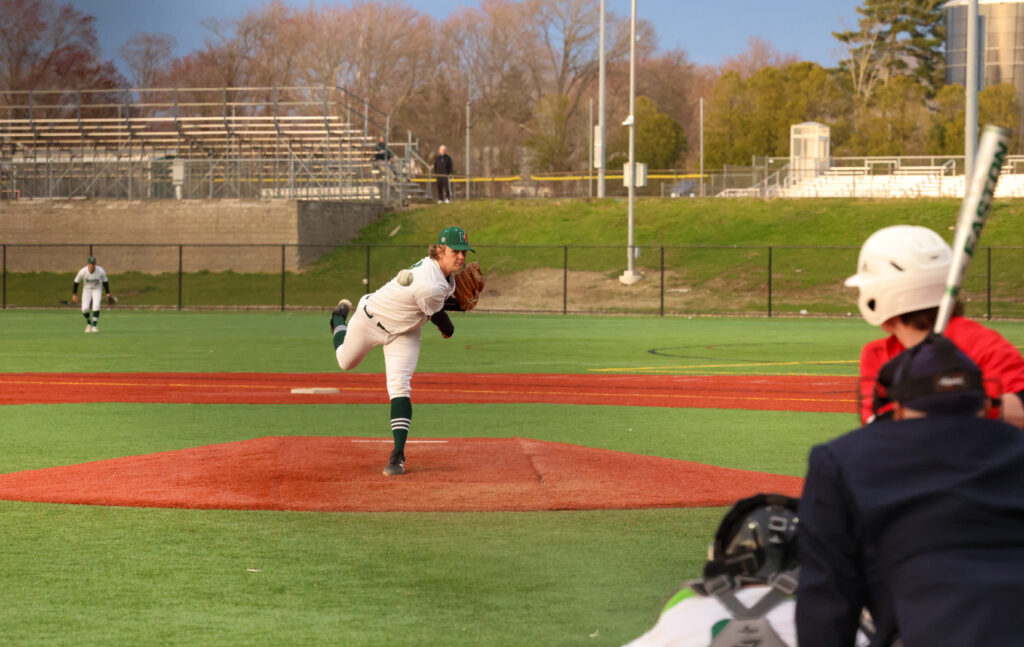 The Hillers will look to Paharik and fellow senior Dylan Locke to lead the way offensively after they anchored the batting order a season ago. Locke, the starting catcher, was the team’s offensive MVP. Senior Scott Pagliuca has been another key contributor through the first part of the year as Hopkinton posted wins in four of its first six games.

“He has been really hot for us offensively,” Simoes said.

The committee-based approach will be needed as Hopkinton faces a brutal non-league schedule that includes some of the top teams in the state and a Tri-Valley League slate that Simoes said also looks to be strong. The schedule includes games against a Nauset team that went 20-0 a season ago along with perennial powers Xaverian and Lincoln-Sudbury.

Hopkinton also has two games scheduled — one of them at Fenway Park this past Friday — against a Medfield squad that Simoes said might be the top team in the state.

“They know it’s going to be a challenge,” Simoes said. “We have a tough stretch coming up and our league is excellent this year. It’s as good as it’s ever been.”

Even without Purpura, Simoes said pitching will be the Hillers’ strength this spring.

“Losing our best kid was hard, but these guys have stepped up,” he said. “I thought we were going to be really deep on the mound, and that has been the case, it’s really kept us in games.”

Simoes also expects the bats to get hot as the season progresses.

“We have not hit yet, but I think we will,” he said in mid-April, prior to a 15-run outburst in a win over Ashland. “We are playing a lot of kids in different spots and trying to figure things out. They work hard at it, so I don’t even worry about that. It will ultimately come around.”

The objective for the Hillers this spring is similar to most seasons, although this year they will be playing for a spot in the newly implemented statewide postseason tournament.

“These kids are used to being on championship teams,” Simoes said. “The goal is to get into the tournament and have their experience take over.”