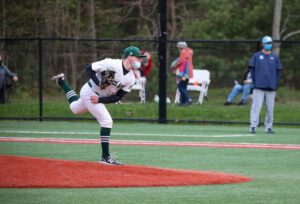 Hopkinton High School baseball coach Steve Simoes is fond of saying that his team does not make tournament goals because first the team has to earn its spot in the state tournament. The postseason is different this year, with every team automatically eligible for the playoffs, so Simoes said the focus will be on trying to peak at the end of the season and taking advantage of a tough Tri-Valley League schedule.

“The goal this year is to be our best by the tournament, regardless of whether we have a winning record or not,” Simoes said. “I’ve been around this league a long time and I think the league is on a very high ebb. From what I am hearing, there are a lot of really talented teams.”

Norton, Westwood and Medfield are among the teams Simoes said could be loaded this spring, but it’s difficult to know given that the 2020 slate was wiped out by the COVID-19 pandemic and it’s been two years since the Hillers and their TVL counterparts have taken the field.

“Hopefully we all beat each other up,” he said. “There is a lot of growth in struggling, so I am hoping we all prepare so our league does well in the tournament.”

Simoes faces the same challenge the rest of the spring coaches are dealing with this year in that he does not have the usual familiarity with his players. In a normal year, he would head into the spring just looking to fill out the roster around his returning players. But 2019 was the last time Hopkinton fielded a team, so Simoes said the importance of tryouts was magnified because he was basically picking a team from scratch.

Not that Hopkinton is devoid of any varsity experience. The team returns four captains. Josh Fischer, a left-handed pitcher, will lead a staff that could run eight or nine deep. Cam Jerrett will start at second base, Ronnie Shamus will see time at third base and behind the plate, and Conor Kelly is expected to patrol center field.

Their leadership will be especially vital this year, Simoes said.

“Usually I don’t have to say too much about team culture and the way we carry ourselves, that kind of thing just gets passed down,” he said. “But this year they have to set the example.”

And the coach added, “From a baseball perspective, we will only be as good as they play.”

The Hillers, who won their opening two games, will pack 16 games into a condensed and delayed spring schedule. If there is any rain — and the season opener already was rained out — then Hopkinton will need to play four games in a week. Simoes always plans to throw multiple pitchers in a game, but he has a larger contingent than normal of players who will throw their first varsity pitch this spring.

Still, the excitement for a return to high school baseball has been palpable.

“The guys were really looking forward to this,” Simoes said. “We haven’t been at it too long but it’s going to be a process this year. We just have to try to use the whole year as preparation for the tournament.”