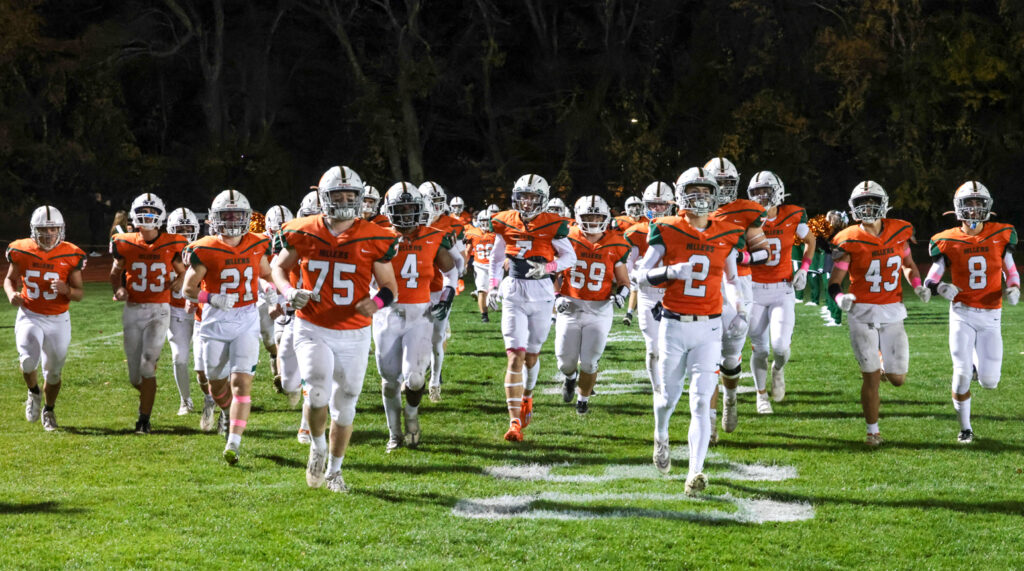 After a rough go in 2021, the Hillers broke through this season, taking a 7-3 record into Thursday’s final. PHOTO/JOHN CARDILLO

The 2022 football season has been marked by a strong turnaround for Hopkinton High School, and the Hillers are hoping their 180 continues in the annual Thanksgiving Day showdown with neighboring Ashland (10 a.m., Hughes Field).

Hopkinton won just three games a year ago but enters the holiday clash with a 7-3 record and comes in off a three-score victory over Stoughton.

“Our kids really bought in this offseason,” coach Mark Sanborn said. “We had some good success and we won a lot of games. We lost some close ones, but overall I am very happy with the effort and how they came together as a group.”

The Hillers’ three losses came by a total of just 18 points, including a two-point setback against Holliston that kept Hopkinton from the Tri-Valley League crown. The team has been littered with standout performers on both sides of the ball. Senior captain Robert Litscher has come into his own at quarterback over the past couple of contests, Sanborn said, taking his game to a new level.

The defensive front, anchored by senior captain Justin Sokol and classmate Devin Canty, also has been a strength.

“They have put pressure on quarterbacks all season,” Sanborn said.

Returning TVL all-star Seamus Murphy put together a strong season at wide receiver while senior running back Joey Carrazza has been a bright spot on offense. Seniors Paul Litscher and Braden Hicks have been two more defensive standouts for Sanborn in a deep senior class.

“We were always going to go as far as the seniors take us,” the coach said. “They have all done a great job.” 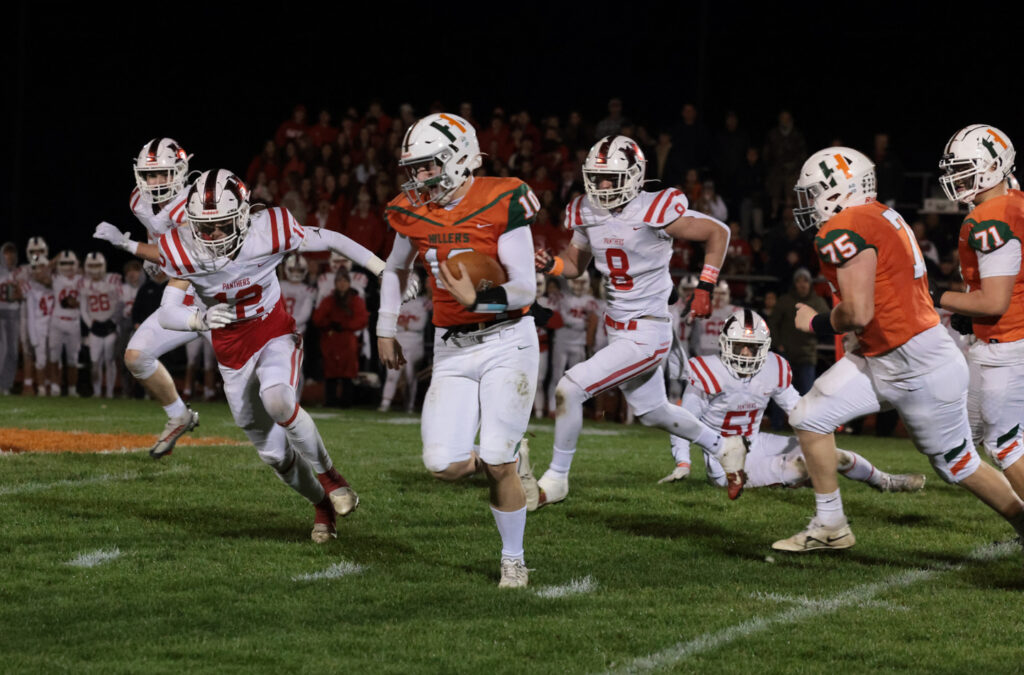 Senior quarterback Robert Litscher has come on strong in the past couple of games heading into the season finale vs. Ashland. PHOTO/JOHN CARDILLO

And they are looking to wrap up their careers with a victory and earn a measure of revenge after a lopsided loss a season ago to the Clockers, who enter Thursday’s game at 5-5. Last year’s game, Robert Litscher said, “wasn’t a lot of fun.”

The quarterback’s fond memories of one of the state’s oldest rivalries date back to his younger days.

“I remember going to the games when I was young, but I never thought the day would come when I would be out there in the environment of Thanksgiving,” Litscher said. “Everyone is in a good mood, no one has to go to work or school the next day, it’s just a great environment.”

Sokol said he’s been looking forward to the Ashland game and a chance for payback all season.

“The atmosphere is always great,” he said. “You have everyone come back from past years to watch us play, and the stands are packed.”

Sanborn is a veteran of the rivalry, having played in it as a member of the Hillers and having experienced it as an assistant and now head coach over the past several years. From a loss to Ashland during his senior season to a late field goal in the snow to earn a victory, the Thanksgiving game memories are etched in his mind.

“It’s been a good back and forth over the past couple of years,” Sanborn said. “It’s two good programs and it’s almost always a good game. I think it’s been close to 50/50 over the past 10 years.”

Last year’s 43-0 Ashland win is sure to energize a Hopkinton team that has been playing with a chip on its shoulder all season.

“We were motivated after last year,” Litscher said. “There were a lot more people in the weight room and at the fields running routes during the offseason. Our relationship from last year to this year is different, too, we are in sync and guys are playing for one another, not for themselves, so we don’t quit or get lazy.”

Sokol said he is focused on finishing his career with a victory, but he has not given much thought to the fact that this will be the last time suiting up in a Hopkinton uniform for him and the other seniors.

“It hasn’t really sunk in yet that we only have one game left,” he said.