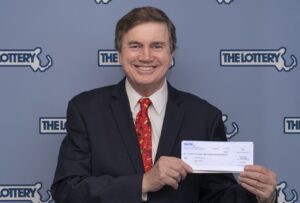 Cumberland Farms will receive a $50,000 bonus for selling the winning ticket.

The winner(s) chose not to reveal their identity, as the prize was claimed by attorney David Spillane on behalf of the Tommy D Nominee Trust of Quincy. The trust opted to receive the prize as a one-time payment of $6.5 million. After taxes were taken out, the total on the check was $4.615 million.

Spillane, who has represented 50 lottery winners, told The Quincy Sun that the trust takes its name from the character played by Joe Pesci in the 1990 movie “Goodfellas” — Tommy DeVito.