Joe Markey and Meg Tyler filed paperwork this week with the town clerk to immediately resign from the School Committee, and the committee called a special meeting for Friday to announce the vacancies.

On March 23, residents can tune in to cheer on Hopkinton resident Lyle Broughton as he battles for domino domination. Broughton will appear on Fox’s all-new reality TV series, “Domino Masters,” wherein 16 teams of domino enthusiasts face off in a mind-blowing chain reaction tournament involving custom elements, kinetic devices and thousands of tiles.

At its meeting on Tuesday, the Parks & Recreation Commission discussed the possibility of switching to organic grass at the Town Common as well as updates regarding the Fruit Street fields project and spring and summer programming.

Leading off Business Briefs, this year marks the 46th anniversary of the founding of Gorman Richardson Lewis Architects, and in keeping with a commitment made in 2016, the firm continues to work on initiatives that contribute to the community in a meaningful way, including providing pro-bono design work, volunteering and charitable giving.

This week’s edition of the Police Log includes reports of a doorbell being rung at 3:30 a.m., dogs wandering in the street, and an individual receiving threatening phone calls and messages.

Photo of the Day: The winner of this week’s Hopkinton Independent/Bill’s Pizza photo contest is Kerry Kleckner for his photo of a coyote behind a house on Parker Point Road. 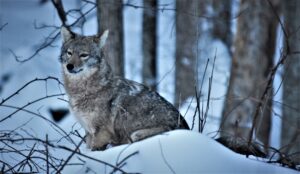