When Ann Karnofsky was walking her two collies on Frankland Road on Aug. 30, she was overcome by what she described as “a caravan of construction vehicles” heading to 71 Frankland Road, the site of a planned solar photovoltaic array and energy storage facility. This situation brings into focus two competing arguments in the debate over climate change policy.

The Conservation Commission at its meeting Tuesday night mainly discussed two issues with The Trails, a development off Legacy Farms Road North, including an amended notice of intent concerning drainage improvement plans for four lots and a violation or continued problems with stormwater management on the site.

This week’s Police Log includes reports of a bus striking a pole on Main Street, a motorcycle hitting a tree, and a squirrel causing a scare at a residence.

Hopkinton High School graduate Josh Sokol is going to be hanging around the Twin Cities a little longer after landing a spot on the Minnesota Vikings’ practice squad following preseason camp. “Obviously I wish I made the active roster, but this is a good stepping stone for me,” Sokol said. “Hopefully they will develop me going into next year, if not this year.”

This week’s Baypath Adoptable Animal is Nugget, a 1-year-old local stray who enjoys car rides, meeting up with canine friends and exploring on walks.

Photo of the Day: Hopkinton High School golfer Nolan Kelly lines up a shot during the Hillers’ 1-stroke victory over Dover-Sherborn on Tuesday. Click here for more photos. 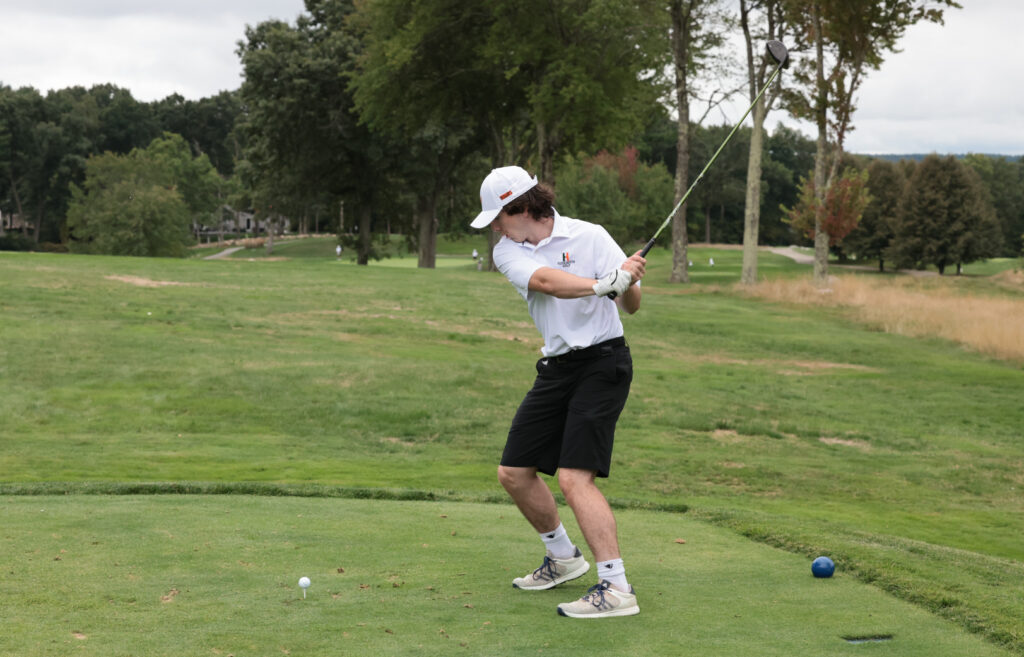