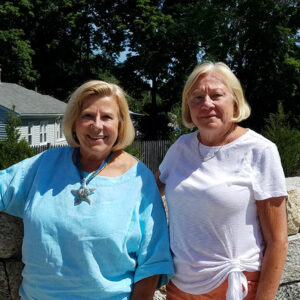 As more and more small-town clubs seem to be folding these days due to a lack of membership and interest, the Hopkinton Women’s Club is proudly preparing to celebrate its 100th year serving the community. Since the club’s inception in 1920, members of the philanthropic organization have been giving back to their hometown in all kinds of ways, and it appears the current group has no plans to slow down.

As the Hopkinton Women’s Club gears up to celebrate its centennial, president Barbara Buchner and past president Marie Smith, who also oversees the club’s publicity, are proud to say that from the very beginning, the organization has been making a difference.

Many might be surprised that back in the 1920s, its members focused on some fairly impressive initiatives including licensing health officials, child labor laws and prison conditions, and raising the juvenile delinquency age from 17 to 18. Back then, the Women’s Club also began a scholarship program for high school graduates — an initiative that carries on to this day.

The Hopkinton Women’s Club is going strong with 40 members.

“It’s a great diverse group of women of all ages,” Smith said. “We have everyone from a new mom to a 92-year-old.”

Throughout the year, the Women’s Club focuses on annual fundraising events and initiatives that help raise money to support local charities and other organizations. One such fundraiser is the town’s register and telephone directory that is mailed out to all residents for no cost as well as businesses that advertise in it. Smith oversees the publication’s production and estimates approximately 8,000 directories are mailed out.

In addition, local eateries such as Bill’s Pizza and The Spoonery have donated a percentage of their profits on certain dates to the Women’s Club, and this year, Boston Marathon runner Paul Whelan raised funds to support the organization.

The money raised has gone to a number of worthwhile causes, including $7,500 in scholarships given to Hopkinton High School seniors every year. The list of other organizations and charities that have benefited from the Women’s Club’s efforts is long and includes the town’s food pantry, library and senior center, as well as the Red Cross and Special Olympics.

The group also supports an annual veterans breakfast and candidates night prior to the town election.

“A lot of our effort is put into volunteering our time,” Buchner said.

However, it’s not all work and no play for these ladies. There’s definitely a social aspect that includes fun outings throughout the year. In the past, members have enjoyed going to museums, theater shows, concerts and more. And at their regular monthly meetings they have various presentations. For the upcoming year, flower arranging and a food tasting are on the calendar. Both Smith and Buchner say they’ve formed some wonderful friendships with the members over the years.

“I’m really enjoying it,” Buchner said. “It’s exciting to be part of this group.”

They are now preparing to celebrate their 100th year, and as part of that plan they’ll create and store a time capsule at the library filled with various items to commemorate the centennial.