How community helped save family 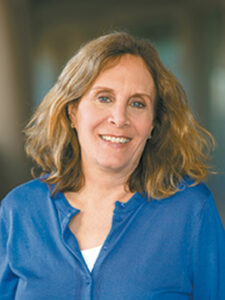 Hopkinton resident Diane Stelfox Cook shares her incredible journey as an unexpectedly single mom in her memoir, “So Many Angels.” PHOTO/CHRIS LOOMIS PHOTOGRAPHY

Her husband, a teacher and coach, was arrested for soliciting a minor male online and suddenly, her once-secure world began to unravel. With two young children to raise and protect, this mother vowed to keep herself and her children safe and together. And just when it seemed things couldn’t get any worse, she was diagnosed with multiple sclerosis.

“I’ve wanted to write this book for so long,” Cook admitted, “because this has been such a crazy, incredible experience. Writing has been cathartic for me. I hope readers will be inspired. I hope they’ll be brave and step forward to help another person in need, because one never knows what a difference that help will make.” 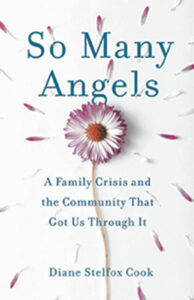 Cook has much to share. As a suddenly single mother who initially found it hard to ask for help, she was encouraged to take care of herself, and by doing so she ultimately developed the resilience and inner strength she needed.

“I’ve found that community and family are more powerful than anything else,” Cook said.

Indeed. Friends supported Cook (who was living in another town at the time) and her boys along the way, neighbors helped feed them, school administrators helped protect the children from the scandal’s ongoing media frenzy, and others provided transportation and child supervision when needed. The family dentist even pitched in by attending each boy’s baseball game one week. A young family friend spent an afternoon with the boys throwing water balloons in the backyard, offering an afternoon of fun and release.

Cook came to see each person as an angel, watching out for her family’s welfare.

She came across a book about developing resilience in women and tracked down the California author to learn more. This individual became another of Cook’s community of angels. Cook was encouraged to find small things she could conquer right away, and it became apparent that those small, completed tasks gave her a much-needed sense of control and accomplishment. Thus, began her process of growing resilience. Cook loved the concept, and it gave her hope.

She knew it would be important to help her kids get strong and grow resilient as well, to equip them with the necessary skills to better navigate their lives. That and her father’s influence of engaging in community service would serve the boys well.

Cook also credits her mother’s ongoing encouragement, positivity and support as an underlying foundation for her well-being.

“I realized that I needed to let myself be vulnerable,” Cook added. “I had to let the storm go and have its way through me so I could survive. Fighting it would make me brittle.”

Through it all, Cook learned that even in her darkest times she was not alone. Her community was with her every step of the way, helping her and her boys.

In 2006, the author met a man who enjoyed working hard and playing hard, and she was crazy about him. He was a self-made entrepreneur who had built his own landscape supply company, literally from the ground up. Also, a divorcee with three children. Together, they created a loving family in Hopkinton.

“So Many Angels,” published through She Writes Press, was formally released Sept. 3. Cook is engaged in numerous local and national radio and print interviews. Wellesley Books is hosting a book-signing event on Sept. 12 at 7 p.m. For more information, visit dianecookauthor.com.