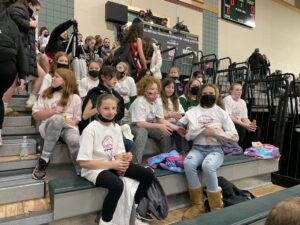 Since Mary Korbey died in 2015 following a battle with cancer, the Hopkinton High School girls basketball program has tried to identify an appropriate way to honor her.

That’s not an easy task, considering what a special person Mary Korbey was.

A Hall of Fame athlete at HHS in the early 1980s (when she was known as Mary Marquedant), Korbey went on to play basketball at UMass. She returned to Hopkinton and coached youth basketball and other sports for many years while raising a family and working as a real estate agent. She touched many lives in town and was revered as a compassionate, supportive coach who got the best out of her players, while putting in countless hours behind the scenes. I can attest to this personally, having served on the board of the Hopkinton Basketball Association with her.

After a scholarship was started in her name, HHS players joined Korbey’s husband, Mike, two daughters, Mikala and Calli, and son, Cooper, to volunteer at the Mary Korbey 3v3 Tournament each March. The event is scheduled to return this spring after a two-year pandemic hiatus.

But HHS girls basketball coach Mike Greco wanted to do more, so this season the program planned to start a winter break tournament in her name. COVID forced the cancellation of the inaugural Mary Korbey Invitational Tournament, so the team planned to use the Jan. 23 makeup game vs. Holliston as a fundraiser for the Mary Korbey Scholarship Fund.

“Mary had a hugely positive influence in the Hopkinton basketball community,” shared Greco, who also teaches at the high school. “Personally, in addition to having all three of the Korbey children in class, I had the good fortune to coach her son, Cooper, while I was a member of the boys program, and then I was lucky enough to be able to coach Calli for three seasons as the head coach of the girls program.

“During that time it was easy to see how Mary had helped instill a love of basketball into her children and the players she had coached. Furthermore, a number of our graduating student-athletes have benefited from the Mary Korbey Scholarship since it’s origination. I’m just happy that we have an opportunity to give back to a family that has given so much to Hopkinton basketball over the years.”

This newspaper is very fortunate to have some talented writers on its staff. One of our contributors, Deborah Burke Henderson, recently completed a children’s book called “Lelia’s Aventura.” The story is about a girl who is afraid of bugs but then becomes braver after a series of “buggy” interactions and support from her abuelo (grandfather, for those of you who flunked high school Spanish).

“This charming story has a loving and truthful message about the preciousness of life, and it will touch everyone’s heart,” reads a description on Henderson’s website (deborahburkehenderson.com). “It is dedicated to the nature lover in all of us, uplifts mindful awareness, and embraces inclusivity.”

A portion of the proceeds will benefit The Nature Conservancy and the Environmental Defense Fund, charities that help support innovative solutions to the world’s greatest environmental challenges. 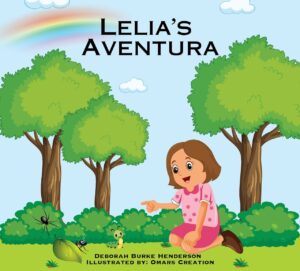 Misc.: Valentines for Vets through Jan. 30

As part of the Martin Luther King Day of Service, Hopkinton Girl Scouts Troop 65040 is sponsoring a Valentines for Veterans program. Individuals can write Valentine’s Day cards and drop them in the bin outside of 14 Colella Farm Road by Jan. 30. “Write a kind statement, thank them for their service, make some art, be creative!!” the event flyer reads. For more information, email hopgstroop65040@gmail.com. …

The Hopkinton Emergency Fund is planning its inaugural golf tournament and looking for volunteers to help with organizing the event. The tournament will be May 23 at Shining Rock Golf Club in Northbridge. No golf experience is necessary. “We are just looking for people who like or are interested in organizing events,” Hopkinton Emergency Fund co-founder Zack Sisitsky shared. For more information, email Sisitsky at zacksisitsky@gmail.com. …

Your chance to bid farewell to retiring Hopkinton Police Officer Phil Powers is Friday, Feb. 4, when the Hopkinton Police Association hosts a party in his honor at the Portuguese Club in Milford. Tickets are $45 and are available at eventbrite.com/e/phil-powers-retirement-party-tickets-237702794457. …

Readers might recall a recent item in this column on Hopkinton native Richard Potter, who is recognized as America’s first Black celebrity as well as the young nation’s first famous magician. Potter toured the country as a magician and ventriloquist in the early 1800s. Resident Ed Harrow reports that there is an individual at Sturbridge Village who does an impersonation of Potter, “and he’s damn good!” A quick internet search reveals the magician to be Robert Olson, who has been performing as Potter since the 1970s (including a visit to Hopkinton in 2015). Added Harrow: “He may not have all of Potter’s skills, but part of his show is relating events in Potter’s career.”