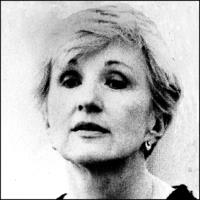 Dance Magazine led a series in 1994 about teachers who had trained remarkable young dancers with a profile about Jacqueline Ann Cronsberg, founder of the Ballet Workshop of New England. At the time, Cronsberg had been running the school in suburban Boston for nearly 30 years, but she was just getting started. The following year Cronsberg established the Massachusetts Youth Ballet, an ensemble that gave her students the opportunity to perform some of the most cherished ballets ever created.

Cronsberg, a former Hopkinton resident, died Jan. 12 in Mill Valley, California, following a seven-year battle with acute myeloid leukemia. She was 82. Her death generated an outpouring from her former students, some of whom joined leading ballet companies around the world.

Cronsberg was born Jacqueline Ann Kirby in Boston, the eldest daughter of John and Marguerite Kirby. She began her dance studies at the Gertrude Dolan Theatrical Studios near her home in Roxbury and later studied with Mieczyslaw Pianowski, a Polish emigre who had danced under Sergei Diaghilev and Anna Pavlova.

Cronsberg was educated at Girls’ Latin Academy and Newman Preparatory School in the Back Bay. After high school, she studied dance at Boston Conservatory.

In 1966 Cronsberg opened the Ballet Workshop of New England in Sudbury. As she taught ballet, Cronsberg’s younger daughter, Sandra, pursued dance, studying at the School of American Ballet and later joining the New York City Ballet.

Sandra’s role at NYCB allowed Cronsberg to observe George Balanchine and Stanley Williams. Both men inspired and molded her point of view.

When Cronsberg established the Massachusetts Youth Ballet, she drew upon the breadth of ballet repertory to present excerpts from classics like “Swan Lake” and “Giselle,” as well as works of Bournonville and Balanchine.

In 2004, the company honored the centennial of Balanchine’s birth with a celebrated performance staged by Sandra, coached by NYCB principal Adam Luders, and including a lecture by ballerina Merrill Ashley.

Working alongside Cronsberg was her husband, Sidney, the school administrator who videotaped performances wearing his trademark red sneakers.

Ballet Workshop closed in 2005 and Cronsberg joined the faculty at Boston Ballet School. She and Sidney sold their house in Hopkinton and moved to Cape Elizabeth, Maine, where they built their dream home. In 2016 the couple moved to California, where Sandra lives with her husband.

A memorial service was held June 6 at Inn by the Sea in Cape Elizabeth, Maine.