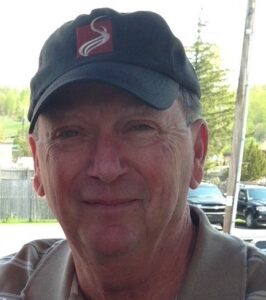 John (Jack) Michael Ryan died Sept. 13, just six days from his 81st birthday, at Golden Pond Memory Care in Hopkinton from complications of dementia. His family thanks the exceptional staff at Golden Pond for the kind, patient care they gave Jack. Born in Boston in 1941 to the late John Phillip and Dorothy (Nado) Ryan, Jack spent his early years growing up in South Boston. The family moved to Weymouth in 1955, but Jack never lost his love for Southie, and for two years after moving to Weymouth, he took public transportation back to the old neighborhood as often as he could.

Jack graduated from Weymouth High School in 1959 and then from Bridgewater State College as a history major in 1963 with the intention of becoming a teacher. The day after he graduated from college, he married his wife of 59 years, Loraine B. Herrington, whom he met while they both worked at Stop & Shop in North Weymouth. Because of his love of the outdoors, Jack and Loraine moved to Berkshire County, where Jack began his 35-year teaching career in the North Adams school system. Some people are born teachers, and Jack was one of them.

Upon learning of his death, several former students have contacted Jack’s daughters with messages of condolence, but also sharing the impact he had: “Your father was an amazing, brilliant man.” “He was a great guy and had the love and patience to deal with middle school students all those years.” “He was so patient as a teacher, he cared, and he challenged us while dealing with typical middle school misbehaviors really well!” Jack loved telling anecdotes about the funny things kids would do or say, and he respected the time of life they were in and all its difficulties. He took great satisfaction in their questions, their bright, inquisitive eyes and the unfolding of awareness he witnessed in each class he had. He made a difference.

After his retirement, Jack continued to help in the community by providing transportation to special needs adults and delivering meals to the elderly via Meals on Wheels. Jack was an outdoors enthusiast and was never happier than when fishing in his favorite spots in the Berkshires and along the Cold River, the Green River, the Deerfield and the many ponds in the area. He also loved the ocean, and he and the family vacationed every year on Cape Cod so he could try his luck on the Cape Cod Canal or on the ocean beaches. Fishing is like teaching: You can’t catch them all, but when you catch one, it is what keeps you going back. In his later years, the ocean called once more, and Jack and Loraine moved to Wells, Maine, where they walked the beach every day. He will be laid to rest at Oceanside Cemetery in Wells and will lie forever near the sound of the waves, the smell of the salt air and all the ones that got away.

It’ll be OK, Jack. Remember what Dad used to say: “You were once part of a star, and you will be again.” You are now a little further along to the cosmos than the rest of us. The family requests that in lieu of flowers, contributions be made in Jack’s memory to the Alzheimer’s Association at act.alz.org.