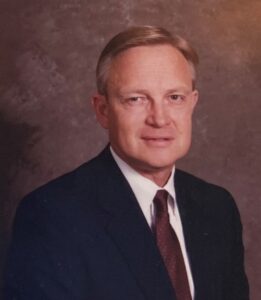 Joseph Leo Donovan died quietly at home the morning of Sept. 22 in Kissimmee, Florida. He was born in Boston in 1936.

He was a graduate of Boston College and received his master’s degree from Framingham State University. He was a captain in the U.S. Army. He began his time in the fire service in 1952, as a volunteer firefighter in Natick. Among the many positions he held during his career in the fire service were: chief fire marshal at McGregor Missile Range at Fort Bliss, Texas; lieutenant on the Hopkinton Volunteer Fire Department; chief of fire training for the commonwealth of Massachusetts, where he developed the Essentials of Fire Fighting in 1981 for the International Fire Service Training Association; superintendent of the National Fire Academy in Emmitsburg, Maryland, where he founded the prestigious Executive Fire Officer Program in 1984; fire chief of the Jackson (Mississippi) Fire Department; and battalion chief of the Orange County (Florida) Fire Rescue Department, serving in many capacities over the 11 years there, retiring in 2010.

Jody and the entire family are eternally grateful for the many people who have helped them through the past few years and most especially the last difficult weeks. There are no words to adequately thank son John for his extraordinary care. A special thank you to the people at Kindred at Home Kissimmee, Kindred Hospice of Orlando and BrightStar Home Care.

There will be no public service. Joe will be cremated by Osceola Memory Gardens, Kissimmee, Florida, and brought home by the Kissimmee Fire Department for a short service on Oct. 7 at 4 p.m.. Visitors are welcome outside the house, where face coverings and social distancing will be required.

In lieu of flowers the family asks that consideration be given to the National Fallen Firefighter Foundation (firehero.org). The organization’s mission is to honor America’s firefighters who fall in the line of duty and to support their families. The foundation also helps manage the National Fallen Firefighters Memorial Park located on the grounds of the National Fire Academy in Emmitsburg, Maryland. The memorial is a striking stone monument encircled by plaques listing the names of all members of the fire service who have died in the line of duty since 1981. It was dedicated in October 1982 during Joe’s tenure at the academy as superintendent.