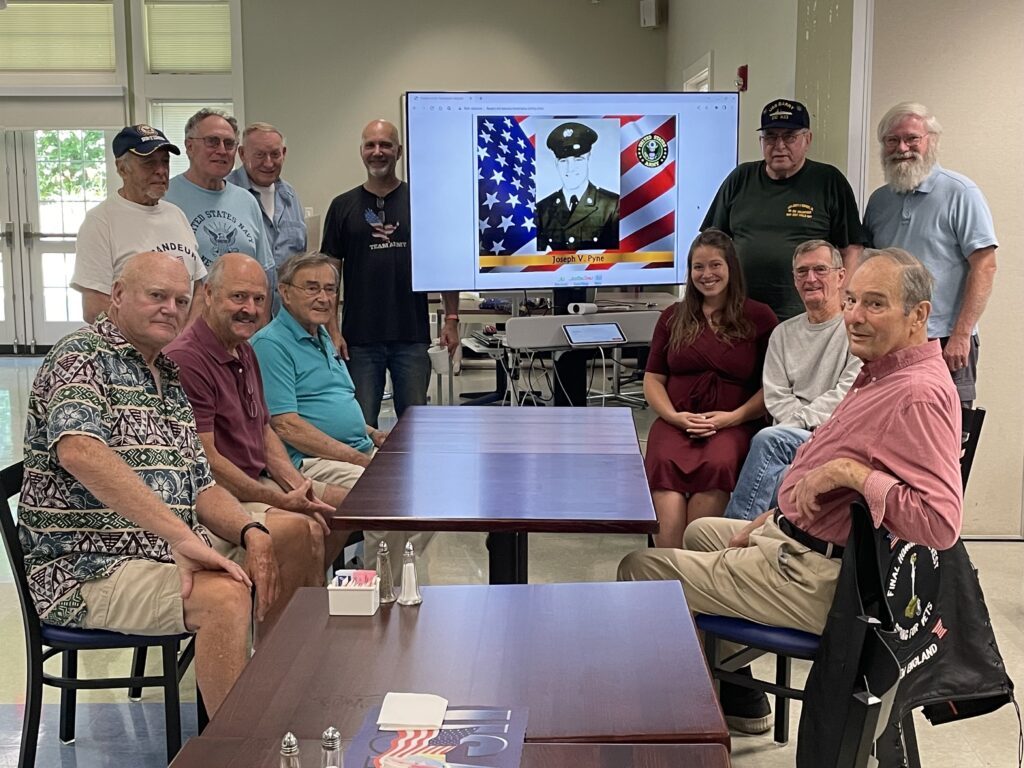 Friday’s Veterans Breakfast at the Hopkinton Senior Center was sponsored by the family of the late Joseph Pyne. An archetypal “townie,” Pyne served in the U.S. Army, and his memory evoked many animated stories.

The group discussion comprised remembrances of recently deceased veterans along with historical recollections of military events that occurred on July 1, the date of the breakfast. An understanding of decisions of great military leaders typically is a highlight.

Best wishes for a safe and enjoyable Independence Day were shared among the veterans.