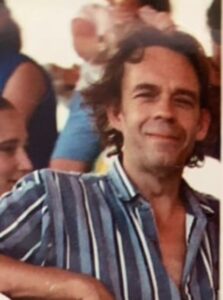 Kenneth Claflin King, 68, of Marlborough and formerly of Hopkinton, passed away unexpectedly on July 17. Born in Framingham, he was the son of the late Doris (Claflin) and Ralph King.

Ken was a friendly and optimistic person and an all-around great guy. Everyone who knew him saw him as a genuine, humble and caring friend. His sense of humor and friendly demeanor could put a smile on anybody’s face. Ken put everyone ahead of himself and taught compassion by the way he lived. He excelled in his painting career, was passionate about history and enjoyed sports. His most cherished life’s work was his role as a father and grandfather.

Ken is survived by his daughter, Macayla King of Marlborough; his siblings, Sandy Altamura and husband Carl of Hopkinton and Hyannisport; and four grandchildren, Lucas, Juliana, Brooke and Shane. He also leaves behind many nieces and nephews, who he adored. He is predeceased by his daughter, Ashley Nicole King, who passed away in 2017, and his sister, Beverly King.

Ken’s humor and compassion will be dearly missed by all who had the pleasure of knowing him.

Visitation will be held on Sunday, July 31, from 1-2:30 p.m. at the Chesmore Funeral Home of Hopkinton, 57 Hayden Rowe Street. A reception will follow at TJ’s Restaurant, 355 West Union Street, Ashland.