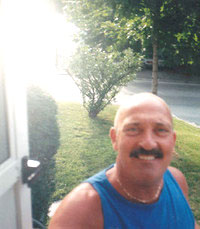 Lawrence “Larry” Keane, 65, of Framingham died Nov. 27 at his home after a period of illness. Born Feb. 4, 1954, in Waltham, Larry was raised and educated in Waltham. Prior to moving to Framingham he lived in Daytona, Florida, for several years. Larry had been employed with the Hopkinton Public Schools in building maintenance and custodial services, and prior to that he was employed in the building maintenance for the Walter E. Fernald State School in Waltham.

Described by family as a tremendously giving and caring person, he was loved and greatly respected by his family, friends and coworkers. His heart never left Waltham and always drew him back to Waltham, where as a youngster his was a singer in a band known as Uptown Sound. He was born with sports in his DNA and was an ardent supporter of his New England Patriots and, without saying, the Boston Red Sox, which led him on a path of local coaching and umpiring of multiple sports teams. While in Florida he worked for a period of time as a certified lifeguard.

At home in Framingham he took great pride in his yard and gardening skills. He was the father of the late Jill Keane, son of the late Edward and Florence (Carlos) Keane, brother of the late Michael Keane, Frederick Keane and Robert DeGouff, and loving husband of the late Lori (Yobaccio) Keane. He is survived by Aksana G. Zahorskaya of Adventura, Florida, whom he viewed and treated as his loving daughter. He leaves his siblings, Joseph Keane of Waltham, Thomas Keane and Richard DeGouff, both of Waltham, Louis Keane of Jacksonville, Florida, Carol Montoya of Nashua, New Hampshire, Marie Caruso of Atkinson, New Hampshire, and Michael DeGouff of California. In addition he leaves many nieces, nephews and cousins.

A celebration of Larry’s life was held Dec. 5 in the Mary Catherine Chapel of the Brasco & Sons Memorial Funeral Home in Waltham (brascofuneralhome.com). Expressions of sympathy may be made in his memory to the American Cancer Society, 3 Speen St., Suite 250, Framingham, MA 01701.