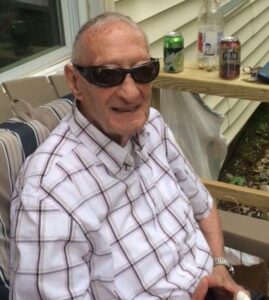 Lawrence P. “Paul” MacDonald, 96, late of Webster and a former resident of Hopkinton and Natick, passed away in Worcester on June 6.

He was the son of the late Cecelia (Cournoyer) and Alexander MacDonald, and the husband of the late Helen G. (McEwen) MacDonald, with whom he shared 71 wonderful years. He is survived by his son, Steven D. MacDonald and wife Susan of Holliston, and his daughter, Janet Coutu of Webster. He was the father of the late Paul F. MacDonald and the brother of Marie Nichols of Holliston and the late David, Anne, Gerald and James MacDonald and Virginia Haskell. Paul was the proud grandfather of six grandchildren and six great-grandchildren and is survived by many nieces and nephews.

Relatives and friends are invited to attend the funeral service for Paul being celebrated in the chapel of the John Everett & Sons Funeral Home, 4 Park Street, at Natick Common, on Saturday, June 18, at 11 a.m. Visiting hours will begin at 10 a.m. prior to the service. Inurnment will follow at St. Patrick’s Cemetery, Natick.

In lieu of flowers, donations may be made in Paul’s memory to the American Cancer Society, 30 Speen Street, Framingham, MA 01701.