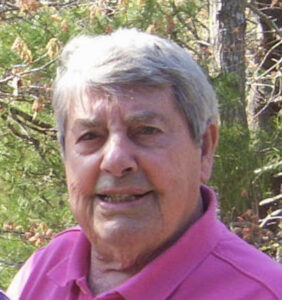 He was born, raised and educated in Marlborough, the son of the late Charles and Mary (Notormasso) Zilembo. Part of “The Greatest Generation,” he was a U.S. Navy veteran of World War II, serving in the Asiatic Pacific Theater aboard the USS Starling with the rank of sonarman third class. Following an honorable discharge, Mike worked in the construction field, helping to build several large projects in Boston. He then went on to work for the city of Marlborough in the school department, where he stayed for over 25 years, retiring as head custodian in 1988. Mike was a member of the former St. Ann’s Church most of his life and currently the Immaculate Conception Church. He was an avid Red Sox and Patriots fan. He traveled extensively while in the Navy and then with his family to Bermuda, Cape Cod, Ogunquit, Old Orchard Beach and the mountains of New Hampshire. Mike enjoyed fixing things around the house and running errands around town, and he always made time for a fresh cup of coffee at Dunkin’ Donuts. He was a loving father and family man, always putting family first, and especially enjoyed time spent with his great grandson, Dylan, and his great nephews and nieces.

He leaves two daughters, Susan M. Lindberg and Dale A. Zilembo, both of Hopkinton, a grandson, Sean M. Lindberg and his wife, Melissa, a great grandson, Dylan Lindberg, currently living in Australia, as well as many nephews, nieces and cousins. He was predeceased by his siblings, Nicholas, Thomas, Johnny, Lucy and Charlie, who died in February.

A graveside service will be held April 13 in Evergreen Cemetery on Wilson Street. Calling hours will be private due to current restrictions. A Mass of Christian Burial will be celebrated in Immaculate Conception Church and a graveside service with full military honors at a later date and time to be announced. In lieu of flowers, donations may be made in Mike’s memory to the American Diabetes Association at diabetes.org, the American Heart Association at heart.org or the Buddy Dog Humane Society at Buddydoghs.com.

Funeral arrangements are under the direction of the Collins Funeral Home in Marlborough. All are invited to sign Mike’s online guestbook at CollinsFuneral.com.