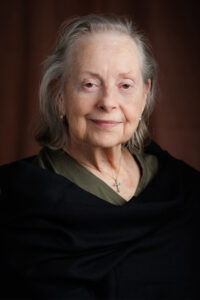 Monika (Franz) Lee, 83, of Hopkinton passed away on Nov. 11 at home surrounded by her family.

Monika was born Feb. 23, 1939, to Dr. Anselm and Dagmar Franz in Dessau, Germany. She lived for a short time at a U.S.-occupied base after World War II and immigrated to the United States at age 7. In 1959, Monika very proudly gained full U.S. citizenship.

Monika lived in Connecticut during her formative years, attended Milford High School and continued her studies at Becker College in Worcester.

During her life, Monika embarked on several journeys of faith and spirituality. She studied reiki and energy healing. During her 22 years in Durham, North Carolina, she embraced several Eastern philosophies including yoga and meditation. In 2008, after relocating to Massachusetts, she found her community in Christ.

Monika had several artistic passions. She enjoyed photography and was a talented painter. She found beauty and inspiration in nature, particularly in the ocean, flowers and birds. She had a passion for dogs. Her greatest joy was being a mother and spending time with her family.

Over the last four years, Monika suffered from Alzheimer’s disease and passed unexpectedly after a short illness. Despite her disease, she still recognized her family and knew she was much loved.

She is survived by her two daughters and their spouses: Vicki and John Francis of Hopkinton, and Carrie and Jeremy Bunblasky of New Milford, Connecticut; her grandchildren, Jeffrey and Timothy Dufficy, John D. Francis, and Jacob and Sarah Bunblasky; father of Carrie and grandfather of Jacob and Sarah Bunblasky, William Lee of Torrington; and a brother, Peter Franz of Stratford, Connecticut.

A private celebration of life will be held in her memory at a date to be determined. In lieu of flowers, blessings to Monika can be emailed to vickifrancis@outlook.com and will be incorporated in a family ceremony on Nov. 24.