Jeffrey LaBroad, the new assistant superintendent of Hopkinton Public Schools, decided at age 4 that he wanted to become a teacher. He never changed his mind.

“I’m in education because I loved being in school as a kid,” LaBroad said. He noted that in his new role, he’s excited to have the opportunity to support teachers and principals “to make sure the conditions are set for great teaching and learning to take place.”

Prior to his last job as principal at Josiah Haynes Elementary School in Sudbury, LaBroad was principal and assistant principal in Lexington Public Schools and a fourth- and fifth-grade teacher in Brookline and Lincoln. His career in education began as a substitute teacher. 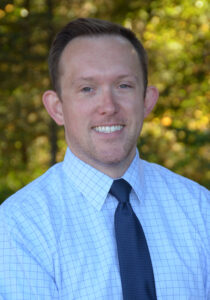 “At every position I’ve held, I’ve learned what I didn’t know before,” the Watertown resident said.

LaBroad said that he aims to emulate the “professional skills, instructional moves and life lessons” he picked up from the colleagues, students and administrators who inspired him throughout his career so far.

He applied in Hopkinton because he saw the community is in a state of “exceptional growth and transition” and wanted to be part of its evolution, LaBroad said.

A panel whittled down the field to eight and eventually two finalists, and then conducted site visits to their places of employment. The finalists also were interviewed by central office staff and the School Committee.

“The people we met in Sudbury could not have said nicer things about him,” Cavanaugh noted. “It felt very genuine that they cared very deeply for their building principal.”

Cavanaugh said that LaBroad provides a “good complement” to her experience at the secondary level with his extensive background at the elementary level.

She also is impressed with his “buoyant personality” and the fact that “he is unbelievably organized.”

The superintendent noted that LaBroad’s organizational skills are critical as he will be writing and managing numerous federal and local grants as well as overseeing curriculum.

“He’s in charge of making sure best practices are occurring in all classrooms and are data driven,” Cavanaugh said.

LaBroad began his new job on July 1. He said everyone has been “incredibly welcoming. …It’s very clear there is tremendous support and excitement for Hopkinton Public Schools as well as a deep investment in [the district] by the community.”

As he settles into the position, LaBroad said he’s had a first-hand look at the summer enrichment programs, and his priorities now are to “listen and learn about what is important in Hopkinton as well as what its hopes are for what is ahead.”

LaBroad received his master’s in education at Boston College in both educational leadership and curriculum and instruction. Also at BC, he earned a Bachelor of Arts degree in elementary education/communications.

The district has been busy filling administrative vacancies this summer. Michelle Tynan is the new assistant principal at Elmwood, replacing Jason Dimen, who left to become principal of Woodland Elementary School in Weston. Tynan comes to Hopkinton from Grafton Public Schools.

Meanwhile, Matthew Lefebvre was named principal at the middle school and Kiely Murray is the interim athletic director at the high school.

The first day of school for faculty and staff is Monday, Aug. 29. Students begin classes on Wednesday, Aug. 31.