Select Board backs Futures Act to encourage cooperation from Eversource 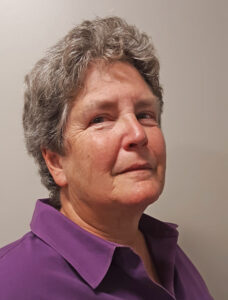 Town officials previously have expressed numerous frustrations dealing with Eversource, which owns the LNG plant on Wilson Street. Among the town’s concerns, a “thermal anomaly” occurred in one of the plant’s tanks in 2017, yet Eversource did not share that information with the town until last August. Eversource also is set to begin a multi-year transfer line replacement project from Hopkinton to Ashland.

Meanwhile, there have been more concerns expressed nationally regarding health risks associated with natural gas and natural gas exposure.

Board of Health chair Lisa Whittemore said the town requested a health impact assessment of the plant from the state but was denied because assessments are done only for new facilities.

“We are concerned about the lack of information that we have been given about any potential health risks from Eversource and from the plant,” Whittemore told the Select Board at its Aug. 13 meeting. “We also are very supportive of the Futures Act that Gov. [Charles] Baker has put forward, which would allow for a comprehensive health risk impact assessment to take place. We believe that this should take place. But until the state, the commonwealth or someone allows that, we feel as though we are operating without sufficient information to really monitor the health of the residents of Hopkinton as it relates to the Eversource plant.”

Town Manager Norman Khumalo, during his report to the Select Board at the same meeting, expressed his support for the Futures Act as well, noting that — at least as currently written — it will hold both Eversource and the Department of Public Utilities more accountable regarding the sharing of information.

“I am recommending that the board endorse and approve a resolution in support of the Futures Act bill,” he said, adding: “I firmly believe if this bill becomes a law, we will have more tools in our toolbox to handle some of the issues we are dealing with relative to LNG.”

The board unanimously voted to approve the resolution supporting passage of the Futures Act bill.

At its July 22 meeting, the Planning Board entertained a suggestion that would encourage the town to accept Legacy Farms Road North as a public road with conditions, with the goal of eliminating traffic and safety issues related to school bus pickup and drop-off.

DPW director John Westerling appeared at the Aug. 14 Planning Board meeting and expressed his concerns with taking the road while the development remains a work in progress.

Legacy Farms developer Roy MacDowell, also appearing at the meeting, said the road could be paved by his company in a matter of four or five days should the town decide to accept it. He added that he is looking at other options to solve the problem, including employing a shuttle to take children from their homes to the bus stop. …

Westerling also presented a plan to remove cherry trees that block drivers’ view of the southerly side of Fruit Street when reaching the end of Saddle Hill Road.

The Planning Board voted to approve a Scenic Road Permit to allow the work to proceed and improve safety at that intersection. 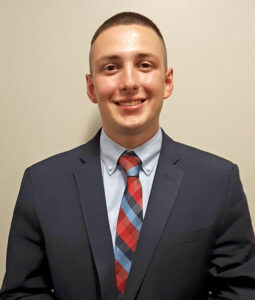 Tyler Brabham was named the town’s newest police officer, unanimously approved by the Select Board at its Aug. 13 meeting after being introduced by Chief Edward Lee.

Brabham grew up in Blackstone and attended Fitchburg State University, where he was a two-time captain of the soccer team. He currently is working on obtaining his master’s degree from the school.

The son of a Mass. State Police officer, Brabham said he has found Hopkinton to be “amazing.”

The graduates of the 10-week program took part in a ceremony on Aug. 9 at the Department of Fire Services in Stow.

“This rigorous professional training provides our newest firefighters with the basic skills to perform their jobs effectively and safely,” State Fire Marshal Peter Ostroskey said in a statement. …

Select Board chair Brendan Tedstone recognized Fire Chief Steve Slaman and firefighter Scott Jurassic for their actions on Aug. 4 at the KeepSmilin4Abbie field hockey fundraiser, explaining that they performed CPR on a Hopkinton resident who had suffered a heart attack there.

Planning Board has vacancy

Planning Board chair Muriel Kramer announced at the board’s Aug. 12 meeting that Patrick Atwell, who was elected to the board in May, has resigned his position due to a new job that will make him unavailable.

The Planning Board and the Select Board will hold a joint meeting on Sept. 9 in the Hopkinton Public Library to appoint a new member who will take Atwell’s seat until next May’s Town Election. …

Also at its Aug. 12 meeting, the Planning Board selected four residents to serve on the Growth Study Committee. Tim Brennan, a Hopkinton police officer, and Michelle Murdock, a former Hopkinton Independent writer, were chosen for at-large positions, while Wilson St. Pierre and Dave Wheeler were selected as alternates. …

At its Aug. 13 meeting, the Select Board voted to make a number of committee appointments.

The Select Board honored a handful of local teenagers for their accomplishments as Boy Scouts and Girl Scouts.

Girl Scouts honored were Emma Bograd, for her analysis of fearful dog aggression and socialization, specifically how it would relate to the planned dog park in Hopkinton, and Mallory Peishoff, for her work helping senior citizens attend and be recognized at the Hopkinton High School pops concert in the spring.

Boy Scouts recognized were Patrick Barnes, Jack Riley and Ethan Kramer. For their Eagle Scout project, Barnes and Riley developed a two-person soapbox derby car for “an able-bodied driver to share with someone with autism or anyone who can’t race on their own,” Barnes explained, noting the project took more than a year to finish.

“This project is awesome and it’s wowed all of us,” Select Board chair Brendan Tedstone said.

Kramer built picnic tables for the Michael Carter Lisnow Respite Center and cleaned and repainted a slide at the facility.

“You did a fantastic job,” Select Board member Irfan Nasrullah said. “You identified a need and you went out and did something about it.”

The Town of Hopkinton is reminding seniors that the application deadline for a newly approved tax relief program tied to the state “circuit breaker” tax benefit is Aug. 31.

A home rule petition to the legislature was enacted into law in 2018 allowing Hopkinton to offer property tax relief to seniors who meet state circuit breaker requirements, and the Select Board may make tax reduction awards of between $550 and $2,200 per household, after the Board of Assessors determines the number of qualified applicants.

The application is available at the Town of Hopkinton assessor’s web page. For more information call the Hopkinton Assessor’s Office at 508-497-9720.

Cases of EEE confirmed near Hopkinton

The Hopkinton Heatlh Department announced earlier this month that Eastern Equine Encephalitis (EEE) was confirmed in mammal-biting mosquitos in Hopkinton and surrounding communities. As such, the Health Department recommended residents wear insect repellent and protective clothing and reduce time outside in the evening and overnight hours. Additionally, the Central Massachusetts Mosquito Control Project was authorized to treat the affected neighborhoods with spraying.

For more information and updates on the Central Massachusetts Mosquito Control Project, or to opt out of spraying, residents can call 508-393-3055.