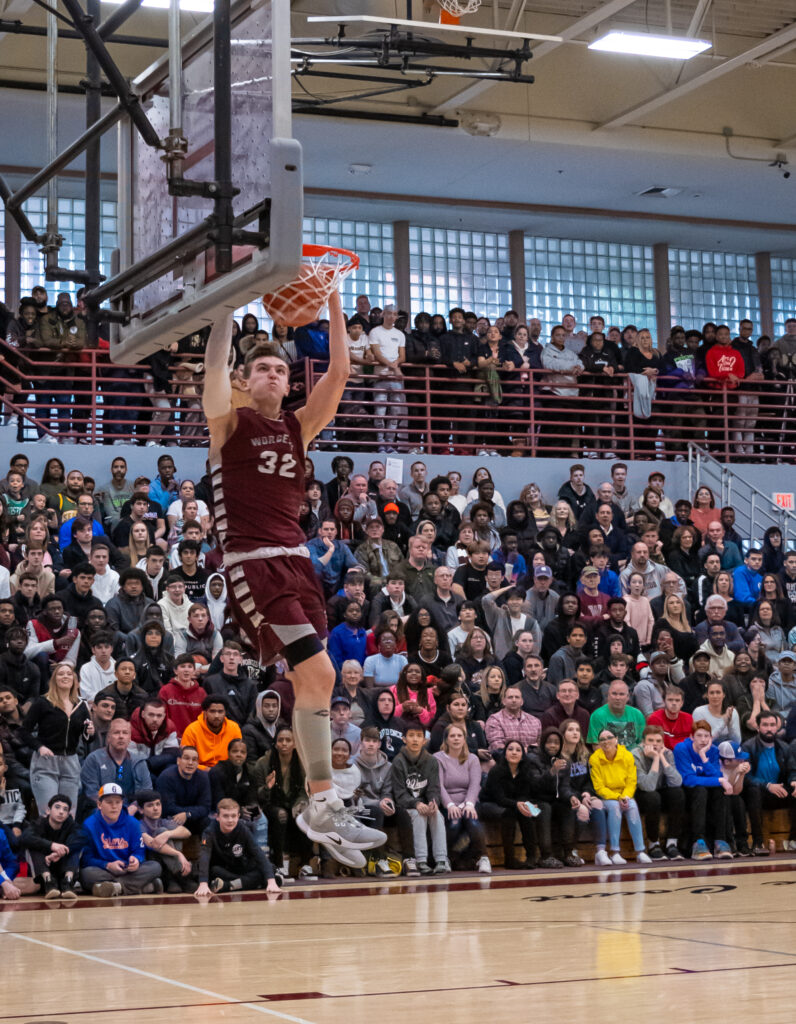 Hopkinton’s Mike Rabinovich, a senior at Worcester Academy, will play at Holy Cross next season.

Mike Rabinovich has been playing basketball in Worcester and going to school there for the past four years, so the chance to stay in his adopted city and be part of a rebuilding program led the Hopkinton resident to commit to Holy Cross to continue his hoops career.

“The proximity and the opportunity to build a really strong program here in the Central Mass. area really resonated with me in their pitch to me,” Rabinovich said. “I feel like I’ve developed a strong relationship with their entire coaching staff.”

A senior at Worcester Academy, Rabinovich said he eyed several other schools in Holy Cross’ conference, the Patriot League, as well as schools in the Ivy League and America East. He narrowed his choices down to Holy Cross, Lehigh and Brown before settling on the Crusaders.

He said the coaching staff and the upward trajectory of the program played a big role in his decision. Brett Nelson became the Holy Cross coach before the start of this season after spending five years on the coaching staff at Marquette, helping the Golden Eagles to two NCAA tournament trips and an NIT appearance.

This winter was a struggle for Holy Cross, which finished the season with a 3-29 record. But in joining a rebuilding program, Rabinovich said he will have a great deal of opportunity to play right away.

“I still know I need to go in there and work hard,” he said. “I am looking forward to putting my nose to the grindstone and seeing what kind of an impact I can make.” 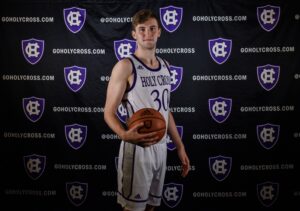 Standing 6-foot-10 and checking in at around 210 pounds, Rabinovich calls himself a “late bloomer.” Last year he averaged single-digit minutes with Worcester Academy. But this year he has taken on a bigger role on and off the court. Rabinovich is a team captain and playing 25 minutes per game as a member of the starting lineup.

Rabinovich says his goal is to get a double-double every time out and he is close to averaging those numbers. He is scoring nine points and pulling down seven rebounds per game, shooting 50 percent from the field.

“This is my first year playing a lot of minutes and gaining valuable experience in game situations,” he said. “It’s going to be important to continue to develop a knack for knowing how to handle those type of late-game scenarios.”

Rabinovich’s contributions have helped the team to an 18-10 record and several highlight moments this year. Worcester Academy earned a buzzer-beating win over New Hampton. On an individual level, Rabinovich said a highlight was his 19-point, 10-rebound game against Blair Academy in the national prep showcase.

“I was pretty happy with that performance,” he said. “With all the good players I am playing with and the role I have on this team, I am just trying to do all I can to help us win.”

And Rabinovich also was keeping close tabs on the Crusaders, frequently attending games. He was planning to watch the postseason with a different perspective this year, imagining himself having the chance to play for a conference title and earn a spot in the big dance (the NCAA tournament eventually was canceled due to the coronavirus outbreak).

“The basketball tradition at Holy Cross is extremely good, they made the tournament just a few years ago and the goal is to win the Patriot League and make some noise in March Madness,” Rabinovich said. “I have been to a lot of Holy Cross home games this season, and now that I am committed and edging closer to that point in time, I get more excited every time I go.”