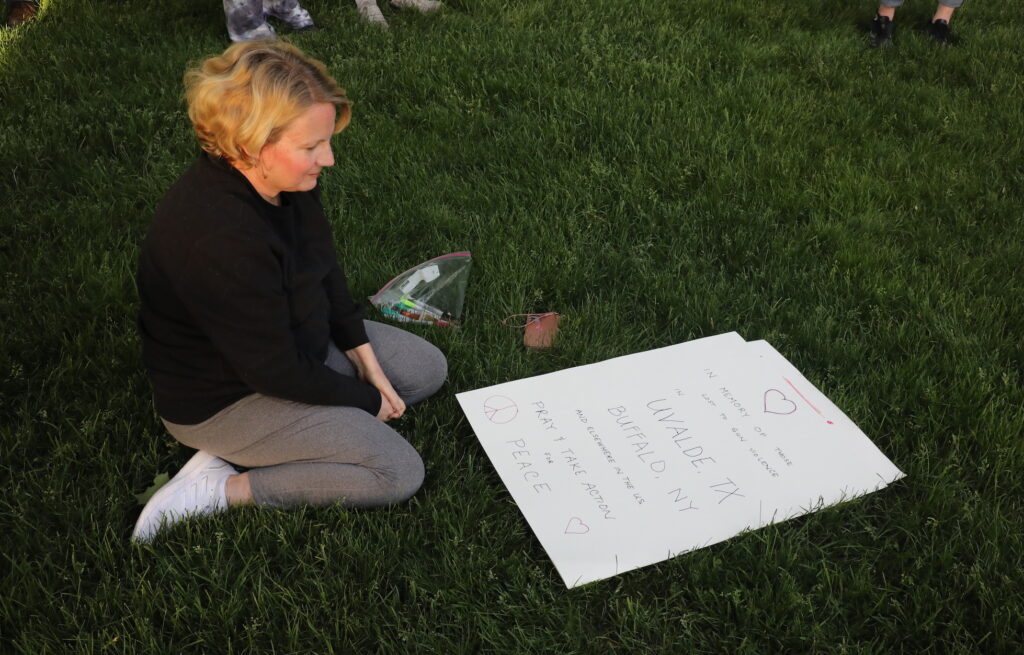 The Texas town of Uvalde is some 2,000 miles from Hopkinton, but the issue of school safety hit home for many residents this week.

In the wake of Tuesday’s mass shooting at Uvalde’s Robb Elementary School, a small group of Hopkinton residents gathered on the Town Common on Thursday for a candlelight vigil and discussion.

The vigil drew about 25 attendees — a slightly higher number than the 21 victims (19 children and two teachers) of the 18-year-old shooter in Uvalde.

The gathering also recognized the 10 victims of another mass shooting in a Buffalo supermarket May 14.

Grant initiated the idea after feeling unsure how to process her feelings about the recent violence.

“This [vigil] was sort of purely for selfish reasons,” Grant said at the beginning of the evening. “I wanted to be together with you because I wanted a chance to get my feelings out a little bit at least, and then do something.”

Added Farry, “We wanted to give a space so people can feel collectively. Because I think collectively, when we care for one another, we can do our best work.”

Select Board Member Mary Jo LaFreniere recalled attending school after World War II and participating in drills in case of an attack. She said she could not have predicted similar drills being held in case of school shootings. 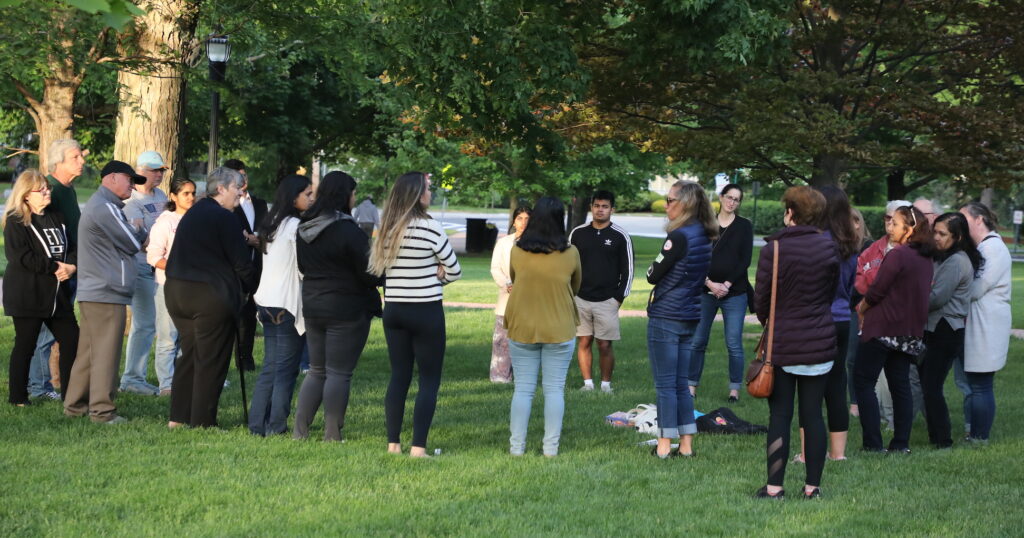 Attendees expressed shock at how common mass shootings have become and talked about the practical issues that arise from them. Many attendees, parents of elementary school-aged children, shared their fears, sadness and frustration. There was a discussion focused on talking to children about the recent events. Some already had spoken to their kids, but others were unsure how to start that conversation. Parents advised each other on how to navigate such discussions. Other residents sought to learn more about how to advocate for stricter gun laws.

Some parents and grandparents who were visibly shaken took solace in Massachusetts’ gun laws.

“We have some sensible gun control measures, and it would be really wonderful if other states would pick them up,” said Kramer. “People can own guns and use them responsibly. Many people do. But, some of those guns are just made to kill.”

Resident Kathy Hinds said part of the issue is the availability of assault rifles.

“AK- 47s, the high-capacity weapons, do not belong in civilian hands,” said Hinds. “They were developed as a weapon of war and do not have any place in the hands of civilians.”

Hinds and LaFreniere spoke about the issues that come from interpretations of the Second Amendment, which reads in part, “A well-regulated militia, being necessary to the security of a free state, the right of the people to keep and bear arms, shall not be infringed.”

“The biggest problem to me about the Second Amendment is it was written in a time when the militia was our military base,” said Hinds. “So much didn’t exist as we have it today, like drones, tanks, airplanes. These are all things that are utilized as weapons that didn’t exist back then.”

A notebook was passed among attendees so individuals who wanted to get more involved could share their contact information. Many attendees expressed an interest in learning more and working on tightening gun laws.

Grant, a genetics counselor and mother of four, is eager to develop an action plan and wants to get more involved with the organization Moms Demand Action For Gun Sense in America.

“My next goal is just to keep the momentum going,” she said.