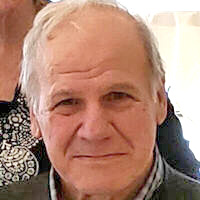 Robert L. “Bob” Geneseo died March 31, following a period of declining health from ALS. He was the husband of the late Karen J. Geneseo, who passed away in 2002. Born Dec. 9, 1947, in Framingham and raised in Ashland, he was the son of the late Eleanor (Roverano) Geneseo and Peter Geneseo.

He was an electrician by trade and a lifelong member of IBEW Worcester Local No. 96. He taught electrical for 30 years at Joseph P. Keefe Vocational High School in Framingham.

Bob enjoyed traveling throughout the U.S., Canada, Mexico and the Caribbean, by camper early on and by motorcycle in later years. He had a keen appreciation for the U.S.’s national parks and natural wonders. He was an inventor and entrepreneur as well as a longtime coach for the Ashland-Holliston youth hockey program. Bob was president of the teacher’s union and often was a contract negotiator as well as serving for many years as a Vocational Industrial Clubs of America (VICA) adviser.

Bob is survived by his sons, Nicholas and wife Ryan of Hopkinton, and Michael and wife Rebecca of South Portland, Maine, and his grandchildren, Cameron of Hopkinton and Tre’Shawn of South Portland. He also is survived by his siblings, Eleanor Torelli of Framingham, and Peter and wife Joan of Chesterfield, New Hampshire, and his sister-in-law, Jean of Medway.

Calling hours are Friday, April 8, from 11 a.m. to 1 p.m. at the Callanan Cronin Funeral Home, 34 Church Street. A graveside service will follow at 1:30 p.m. in Mount Auburn Cemetery, Hopkinton.