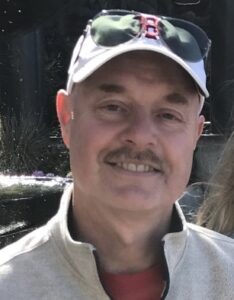 It is with our family’s great sorrow that we announce the passing of Steve Beck on May 21. Steve is survived by his wife, Diana, daughter, Natalie, and son, Andrew; his father, William Beck and wife Yong Hui of Gardner; brother Gerald (Jerry) Beck and wife Judy of Holderness, New Hampshire; brother Timothy Beck and wife Robin of Boothbay, Maine; brother David Beck of Hopkinton; sister Sharon Beck of Hartsville, South Carolina; stepsister Kathy Zimmerman and husband Tim of Hudson; and many nieces and nephews. Steve died by suicide after a long and painful battle with depression. He was 59 years old.

Steve was born April 18, 1963, in Bradford, Pennsylvania, the fifth child of William C. Beck Jr. and the late Virginia Shea Beck. In addition to Bradford, Steve spent time in Wellesley and Yarmouth. After graduating from the George School in 1982, he received a bachelor’s degree from Muhlenberg College in 1986 and a master’s from UMass Boston in 1991.

Steve’s career was rooted in service to others. After college, he worked with adolescents and adults with disabilities as well as with adults in prison. As a licensed psychotherapist, Steve worked at Northeast Health Services in Taunton from 1998-2019 and started a private practice in 2000. He was committed to providing quality and affirming care to his clients, dedicating himself to improving the emotional well being of others. Steve trained in the Advanced Training Program in psychoanalytic psychotherapy at the Boston Psychoanalytic Institute. There he learned in depth about intensive long-term psychotherapy, through three years of classwork and supervision from senior clinicians. He had completed almost all of the requirements for graduation and hoped to graduate in the coming year.

For the past several years, Steve belonged to the Hopkinton Running Club, participating in 5K races and weekly runs with friends. He enjoyed playing tennis, biking and hiking around Lake Whitehall and swimming and kayaking at Sandy Beach in Hopkinton. He especially loved annual summer vacations with family at Doolittle Lake in Norfolk, Connecticut, where he and Diana married on Aug. 5, 2000.

Together he and Diana raised their family in Hopkinton, developing close friendships with many families in the community. Steve’s dedication to his family was immense. He loved his time with his children, caring for them when they were young and showing them the joys of nature and music and the importance of fun as they grew. As part of two close families, Steve and Diana hosted large gatherings for Thanksgiving and Christmas, bringing family together through love and laughter. Since 2008, they have been members of the Unitarian Universalist Congregational Society of Westborough, where Steve was a volunteer in the religious education program.

Steve was a thoughtful and compassionate listener and enjoyed time spent with family and friends. Steve was sincere, kind, intentional and funny. His sense of humor was infectious. He was deeply loved by his family and will be forever missed.

A funeral service will be held Saturday, June 11, at noon at the Unitarian Universalist Congregational Society in Westborough. Attendees are required to wear masks and be vaccinated. There will be a virtual option; link is available at the Pickering & Son Westborough Funeral Home website. Private burials will take place in Newton on Friday, June 10, and in Norfolk, Connecticut, on Thursday, July 28.

In lieu of flowers, donations may be made in honor of Steve to the Pastoral Counseling Center of Westborough (pccofma.org/donate).