Tales from a Townie: Stroll up Main Street 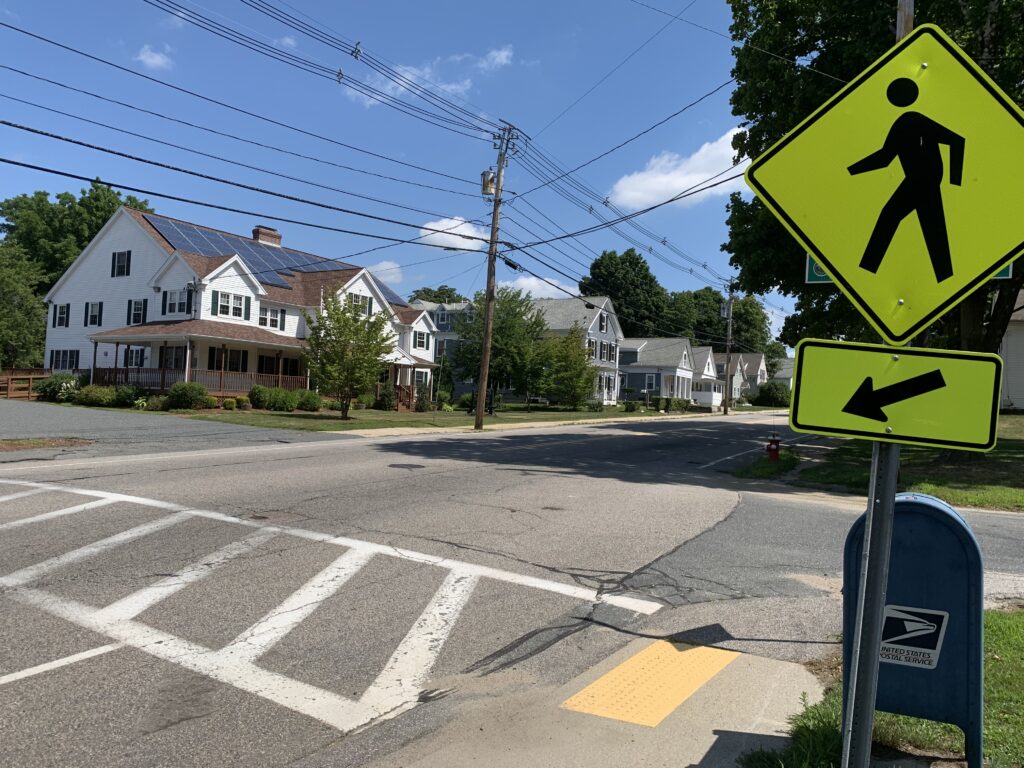 The Michael Carter Lisnow Respite Center (near left) was the site of Lindsey Thompson’s Car Repair garage in the 1950s. PHOTO/JERRY SPAR

We start our stroll at the corner of Wood Street and West Main Street and head east.

The train just backed into Worthmore Feed Store (now Hopkinton Lumber) from Milford with a flat car of lumber, a tanker car of heating oil and two open cars of coal (the train would be discontinued in 1951).

Next on the left side of the street, we see Lindsey Thompson’s Car Repair garage behind his guest house (now the site of the Respite Center).

Moving along Main Street, at the corner of Pleasant Street is the food freezer where you can rent a locker in the walk-in freezer to keep your frozen food — before refrigerators had large freezers.

Across the street is Frieh’s Service Station with a store where you can buy electrical appliances. It’s also a bottled gas facility. Carl Fries’s house is located west of the station and is later moved. It’s presently at 1 Mount Auburn Street.

Next on the right is the high school that will continue to be used until Jan. 1, 1956.

On the corner of Summer Street is Paul M. Phipps Insurance Co., which had been founded earlier that year.

On the north side of the street is Davis Farm.

Next is Phipps house and auction barn, to be torn down in 1977 for the new Police Station. That building will be razed in 2004 for the present Police Station.

On the north side of the street is a building with Duffy’s Shoe Repair Shop, Star Package Store, then a 2 1/2-story house where Santander Bank will be.

Next is Peewee’s Restaurant, a 2 1/2-story house and a business block containing Emma McBride’s Women’s Clothing Store and the United States Post Office, with apartments upstairs. It will be torn down in 1993 for the construction of the Shell service station.

Back on the south side of the street, at No. 67 is Bogosian’s Barber Shop (now Ward’s Barber Shop) Next is a 2 1/2-story house — ultimately destroyed by a gas explosion in 2002 that caused the death of two little girls. Then P.G. Adams Hardware Story, to be razed to build Hiller’s Cleaners.

On the corner of Grove Street and Main Street is the Boston & Middlesex Bus Garage, later razed to become Colella’s Market in 1975, followed by what is today CVS.

That ends our stroll for today. Another day, we will continue east to the Common.