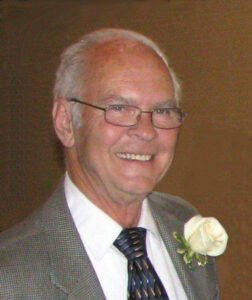 Theodore “Ted” Alvin Hatch, 84, of Holliston, passed away at his home on Nov. 29. Born in Newton, he was the son of the late Frances R. (Anderson) and Willard G. Hatch. He was the husband of 60 years to Diana (French) Hatch of Holliston.

Ted was a member of the Massachusetts National Guard. He had worked as a computer technician in the finance industry, and upon his retirement he spent 19 years driving a school bus for Michael J. Connelly in the town of Hopkinton. He was an active Mason for 40 years in Mount Hollis Lodge of Holliston and a Scottish Rite 32nd Degree Mason in the Valley of Boston. He was a member of the Colonial Craftsman Club, a Masonic group reenacting 1776 On the Square, and National Camping Travelers, a Masonic camping group. He also enjoyed camping with his family and friends for many years.