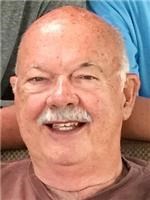 James Allan “Al” Rafferty died at Penn Highlands DuBois, Pennsylvania, on Nov. 11 at the age of 81. Al was born on May 9, 1940, in Luthersburg, Pennsylvania, to the late Fred and Lois Rafferty.

He graduated from Brady High School in 1958. Al went to DuBois Business College and then enlisted in the Air Force. He then went to work at Brockway Glass, where he met his wife, Carol A. Snyder. They were married 56 years ago, on July 24, 1965.

Al worked in Pittsburgh and McKeesport as a computer programmer/analyst. However, he and Carol missed their hometown. When Al and his family moved back to DuBois, he and Carol became proprietors of the Gateway Cafe. His customers enjoyed his sense of humor and he became a well-known pillar of the community from 1978 to 1995.

After the Gateway, he sold cars at Murray Ford of DuBois and eventually retired. Quiet retirement did not suit his gregarious personality, so he returned to work at #1 Brookville Chevrolet.

He was preceded in death by his parents, Fred and Lois Rafferty, his brother, Joseph Rafferty, his sisters, Dorothy Spencer and Lois Ann Rafferty, and his grandson, Alexander Thomas Rafferty.

Due to his wishes, there will be no public visitation or service. Arrangements have been entrusted to the Adamson Funeral Chapel and Crematorium in DuBois.

Memorial donations may be made to the organization of the donor’s choice.