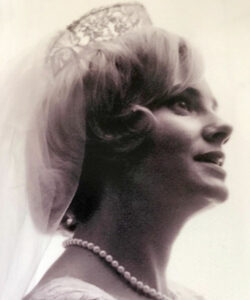 Arlene Frances (Dunne) Martineau passed away peacefully at home with her loving husband, Jim, and daughter, Elizabeth, by her side on Nov. 23, after a brave and long struggle with cancer.

Arlene left us just as she lived, with grace, strength and beauty, and greatly admired by all who knew her. While growing up in New York City, she didn’t know how many lives she would touch in the course of hers. Arlene was imaginative, kind, and a wonderful wife, mother, grandmother and the best friend anyone could ever have.

Arlene was born Feb. 9, 1945, to Edmund and Margaret Dunne. She graduated from Hunter College in New York City. She married James Patrick Martineau on June 19, 1966. Arlene loved little children both as an elementary school teacher and later as an advocate for sick children. She had an unbelievable talent for making people feel loved. Arlene was an elementary school teacher in New York City and in California and a kindergarten teacher and special education teacher in Massachusetts.

After her son Scott was diagnosed with Wilson’s disease, Arlene became very involved with children’s health issues. Arlene was the director of pediatric home health care for Olsten (Gentiva) Home Health Care and was awarded the first nationwide Fred Olsten Award from her company. She also was awarded numerous other honors in the pediatric home health care industry. Arlene also developed and brought to fruition the first pediatric health day care facility in New England, with the help of many dedicated people.

Mental and social issues were a passion with Arlene. She was a board member of the Pseudo Obstruction in New England and worked with Social Services for children in crisis. Arlene also volunteered — working with abused women and with parents and children afflicted with Wilson’s disease, along with volunteering for her children in Brownies, Cub Scouts, 4H and sporting activities.

After she moved to South Carolina to be close to her daughter, son-in-law and grandchildren, Arlene became a certified court appointed guardian ad litem. She was working on a book entitled “The Smoking Room at Boston’s Children’s Hospital” that told of the good days and bad days that parents and children face with serious illness.

Arlene, a onetime Hopkinton resident, loved to cook and entertain and was a great hostess in her home in Holliston for extended family and friends. She brought everyone together for her famous Thanksgiving dinners (while everyone else was out running the Turkey Trot). She was a voracious reader, loved New York theater and dancing the night away with Jim.

Arlene was preceded in death by her parents, Edmund and Margaret Dunne, beloved son, Scott Christopher Martineau, and brother, Brian Francis Dunne. She is survived by her husband, James Patrick Martineau; her daughter, Elizabeth Martineau, and her husband, James Bascio; her grandchildren, Jared, Jessica and Jonah Bascio; her sister, Ellen Welsh; her sister- in-law, Jane Dunne; and many nieces, nephews and cousins.

Visitation will be held on Thursday, Dec. 12, from 9-10:45 a.m. at the Chesmore Funeral Home of Hopkinton (chesmorefuneralhome.com). A requiem Mass will follow at 11:30 a.m. at Saint Matthews Church in Southborough. Private interment will be held at a later date. The family suggests that memorials may be made to the Wilson’s Disease Association, wilsonsdisease.org, or a charity of one’s choice.

← Photo: Off and running Barbara O’Loughlin →